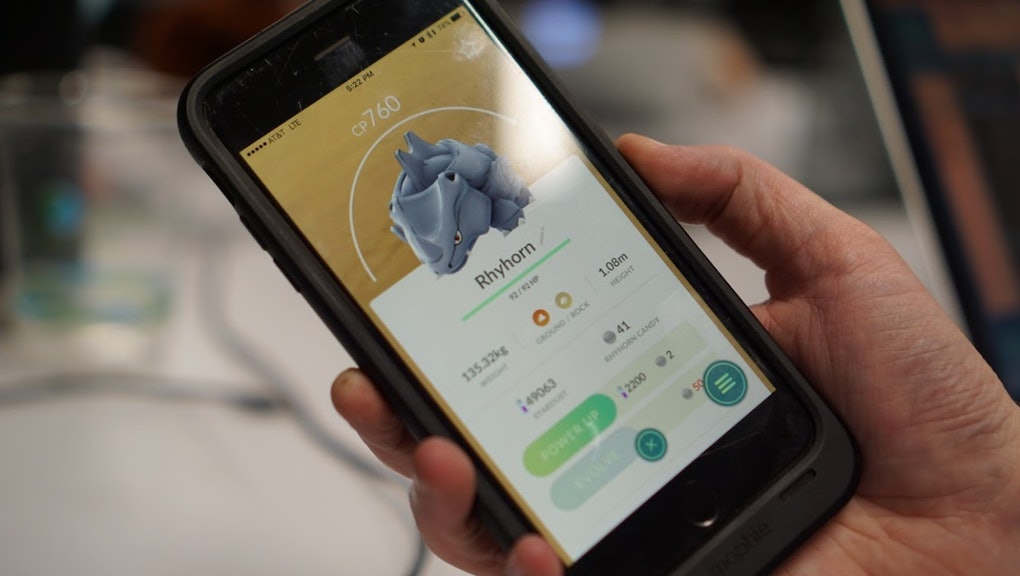 Niantic has a tendency to play it pretty close to the chest where updates are concerned — which is nice when it leads to surprise events like the worldwide bloom, but not quite so nice when it means we still really don't have any more information about the proposed gym update or trading.

To counter this, enterprising Pokémon Go players tend to data-mine the APKs for hints about what's to come in the mobile game. If you're curious about what's on the horizon for APK 0.63.1/1.33.1, we've got the details below.

Pokémon Go fan community the Silph Road posted a breakdown of what was to come in the new APK on May 10. Along with a few small updates, like a rework of the news digest and changes to memory pools that may help the game run more smoothly, the code hints at two big changes.

First, data miners uncovered a new encounter fail code titled "encounter_blocked_by_anticheat," which could mean that Niantic is taking steps to reduce the prevalence of spoofing in the game. As the Silph Road states, fail codes are usually utilized with code like "not_in_range" and "pokemon_inventory_full" to prevent players from catching Pokémon outside of range and overloading their inventories.

Additionally, the data mine uncovered a new gym attribute: "MaxPokemonAtSameFort." The Silph Road is hopeful that when this is implemented, we'll see a greater variation of Pokémon at gyms instead of a wall of Blisseys for you to grind through. The data mine provides little insight into what the maximum will be, unfortunately.

Along with the confirmed changes listed above, the code contains a few changes that Silph Road posters flagged as cause for speculation about future events. The code contains several "XP-earning events":

It's still far too soon to confirm any further details about what "raid" Pokémon might be, but fans think it's probably related to the Legendary Bird event Niantic CEO John Hanke teased earlier in the year.

The data mine also uncovered a number of overhauls to the game's push-notifications system. According to the APK, new tools are being implemented to utilize Google Cloud messaging, which may herald a bigger focus on real-time collaboration in the game.

Although a data mine isn't the same thing as an explicit confirmation from Niantic, it provides valuable insight into what might be coming next for Pokémon Go.