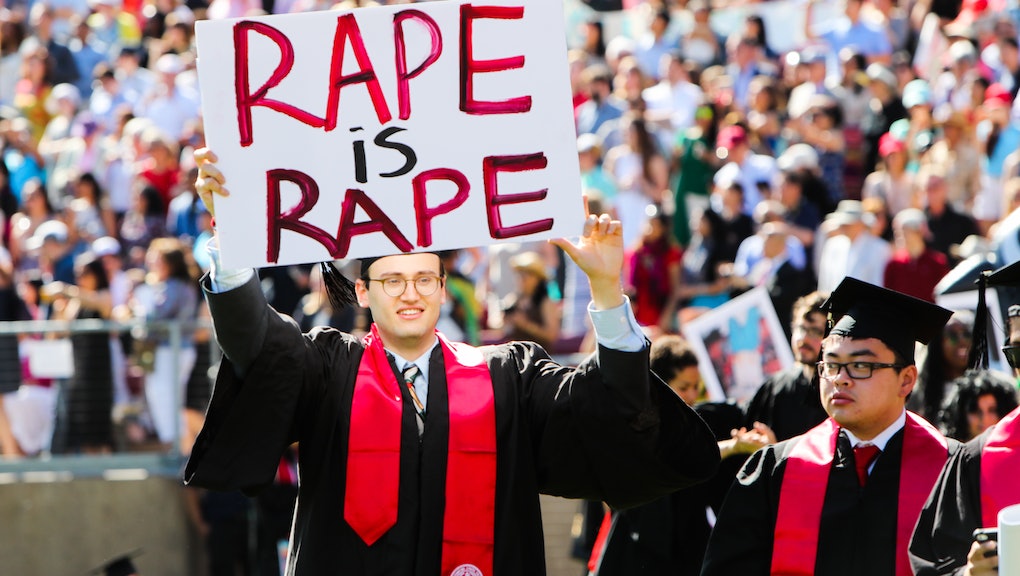 Almost 90% of schools reported 0 instances of rape in 2015. That doesn't seem right.

The American Association of University Women posted national numbers on campus crime for 2015 on Wednesday, and they offered a surprising portrait of the country's educational landscape: 89% of the roughly 11,000 colleges that reported campus crime stats that year disclosed zero cases of campus rape.

Something's not adding up.

According to the Rape, Abuse and Incest Network, about 23.1% of undergrad women and 5.4% of undergrad men will be raped or sexually assaulted during their time on campus, and 21% of transgender, genderqueer and gender non-conforming students have been sexually assaulted. Across surveys, sexual assault rates among women in college tend to hover between 20% to 25%, while rates of rape and attempted rape ranged from 4% to 16%.

When it comes to sexual violence, the actual numbers are likely much higher: According to the National Sexual Violence Resource Center, more than 90% of people who are sexually assaulted do not report it. With that in mind, the new data seems particularly suspicious.

"Schools that report zero rapes have work to do and require additional scrutiny," the AAUW writes. "When campuses disclose zero reports of rape, dating violence, domestic violence and stalking, it simply does not square with research, campus climate surveys and widespread experiences reported by students."

The AAUW's stats come from the Clery Act, which obligates publicly funded colleges and universities to disclose statistics on campus crime. In 2015, other forms of sexual misconduct were similarly underreported: Only 9% of schools logged a domestic violence incident, 10% of schools disclosed dating violence and 13% reported stalking.

The AAUW explained that there are a number of reasons campus sexual assault and campus rape remain wildly underreported: Students might not be comfortable reporting sexual abuse to the school, which could have something to do with campus reporting processes. In April 2016, when Stanford University came out with the results of a survey of graduate and undergraduate students, only 1.9% of respondents said they had been sexually assaulted at school. Turns out, the university's survey defined sexual assault so narrowly that penetration without consent didn't necessarily qualify if the victim was sober.

Stanford, to be fair, is taking steps to reform its reporting process. The AAUW recommends other schools do the same, and not just because outlining and publicizing a clear reporting process is their legal obligation. Keeping an accurate count on sex-based discrimination, harassment and sexual violence is crucial to keeping students safe, and according to AAUW, it is among schools' "best prevention tools."