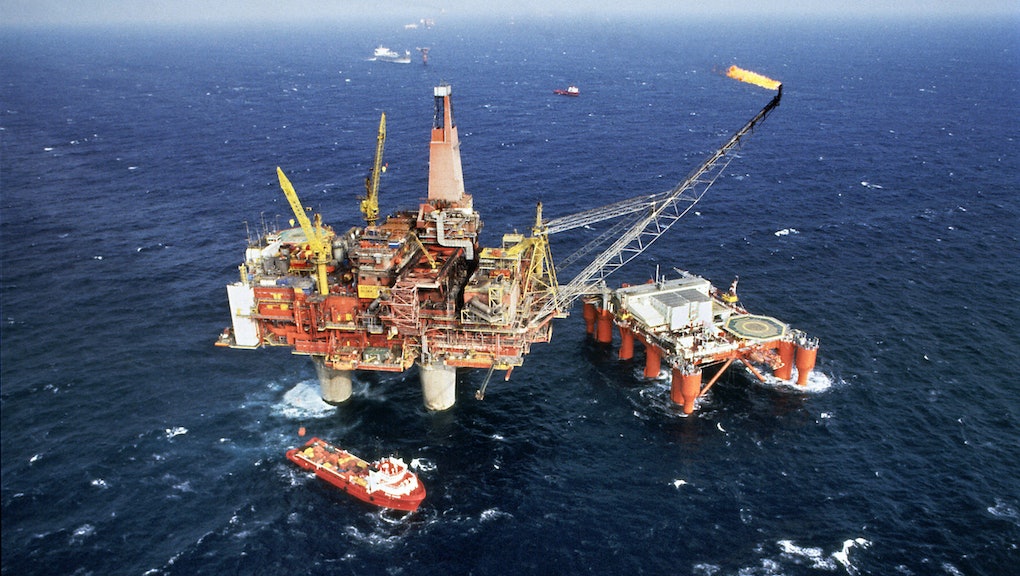 President Donald Trump's Department of the Interior requested a board approve requests by six companies to seismically test locations on the Atlantic Coast for oil and natural gas, the Hill reported on Wednesday, reversing Barack Obama's policy of rejecting such proposals and potentially setting the stage for a dramatic reversal of Obama's efforts to prevent Atlantic drilling.

In a statement, Interior Secretary Ryan Zinke framed the requests as a form of "scientific pursuit."

"Seismic surveying helps a variety of federal and state partners better understand our nation's offshore areas, including locating offshore hazards, siting of wind turbines, as well as offshore energy development," Zinke said, per the Hill. "Allowing this scientific pursuit enables us to safely identify and evaluate resources that belong to the American people."

According to ABC, "No surveys have been conducted in the mid-and south-Atlantic regions for 30 years."

While the requests for seismic testing will still need to go through normal review procedures, the move seems like another sign Trump's administration is making progress on its promise to remove restrictions on drilling just about everywhere — though many of his proposed projects would take years to come to fruition. Though Obama signed an executive order banning drilling in large stretches of the Pacific, Arctic and Atlantic Oceans, Trump signed his own in April directing Zinke to review rolling it back.