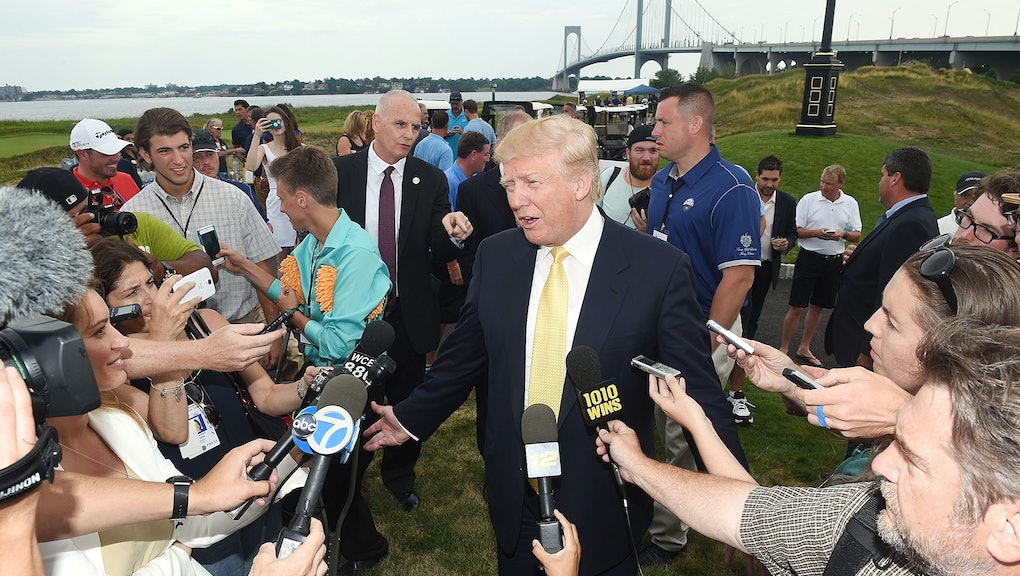 According to 1010 WINS, the vandals managed to take down four trees between 20 and 30 feet tall before they were scared off by a maintenance crew on site.

"Well at least you can see the golf course better, you know," local resident Cornelius Hodges told 1010 WINS. "It wouldn't block your view. That's the only thing I can understand."

However, while good views of the East River-adjacent golf course and their resulting impact on property values may be a culprit, President Donald Trump's stunning unpopularity with voters in his hometown presents another alluring explanation.

The golf course has recently been cause for dispute, according to the New York Daily News, which reported that a planned expansion of the course has been poorly received by Bronx's Community Board 10. The Trump Organization sought to expand the course onto land reserved for parks expansion, "enraging parks advocates."

Trump won less than 10% of the Bronx vote in 2016, according to the New York Times, and the tumultuous course of his chaotic presidency has been marked by massive protests throughout NYC on a near weekly basis.