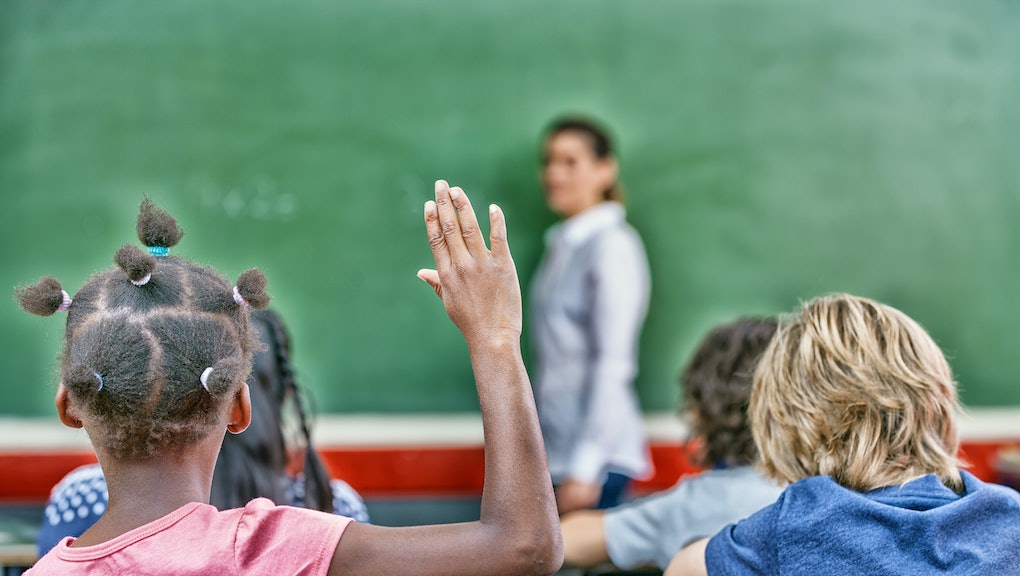 Sexual abuse in K-12 schools has emerged as a far-reaching problem nationwide. According to the Chronicle, Texas saw 51,000 allegations of child sexual assault in the last fiscal year. House Bill 1342 is a response to that surge, and if it becomes law, students would learn what constitutes an unwanted advance and how to report it, beginning at age 5. The House voted in favor of the measure on May 4 — it now heads to the Senate.

"I have really mixed feelings about it," Sarah Becker, a Houston parent with young children, told the Chronicle. "I would argue we should be teaching people not to rape people, not teaching people how to avoid it."

According to the Chronicle, that component isn't laid out in the proposed sexual assault prevention classes. Still, the training would seem to teach kids a fair amount about consent: Using puppets and stuffed animals, instructors would illustrate for younger kids various forms of potentially unsafe physical contact. The Chronicle reported that second graders would learn the difference between a "wanted hug" and an "unsafe" pinch, or putting one's hands over another person's eyes in a game of Guess Who they didn't agree to.

For younger children, lessons in consent and how to speak up about inappropriate behavior seem handy. But the training HB 1342 proposes would run from kindergarten through 12th grade, its focus seeming to shift in later years toward more practical role play, including inappropriate advances from adults and dating violence. In those scenarios especially, lessons like the one Becker suggested seem entirely warranted: It shouldn't be up to the victim to prevent sexual assault.

It's arguably strange that Texas would launch mandatory sexual assault education when it doesn't enforce basic sex education in schools. According to a report by the Texas Freedom Network, 83% of the state's school districts teach abstinence-only sex ed or don't teach it at all. That, coupled with shrinking access to contraception, may or may not explain why Texas has the fifth-highest teen pregnancy rate in the country — a point HB 1342 aims to counteract.

Still, Rep. Tan Parker, who sponsored HB 1342, insisted that the legislation would in no way fill that instructional gap. "This is not about sexual education training," Parker told the Chronicle. "That is not what this is, not at all, no way, shape or form. It is exclusively training to prevent child sexual abuse. Period."