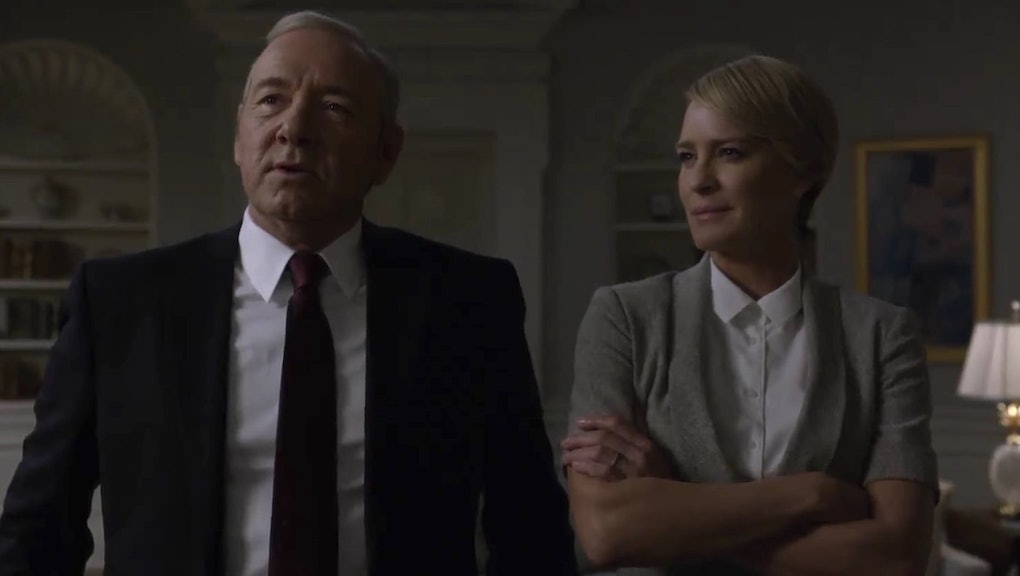 'House of Cards' Cast: These are the 2 new characters in season 5

Although their roles in the House of Cards political game have not been revealed yet, it has been confirmed that there will be at least two new notable additions to the cast in season five.

One new member is Patricia Clarkson. The Oscar-nominated actress previously played in Pieces of April and The Green Mile. Campbell Scott is also joining the cast. Scott recently played in the FX's Sex & Drugs & Rock & Roll and in the film The Amazing Spider-Man 2.

Like in previous seasons, the Underwoods will likely use many characters as pawns to carry out their agenda. Meanwhile, it's expected the Underwoods' opposition will do their best to stop the power couple from taking over the political landscape.

Season five of House of Cards returns to Netflix May 30.