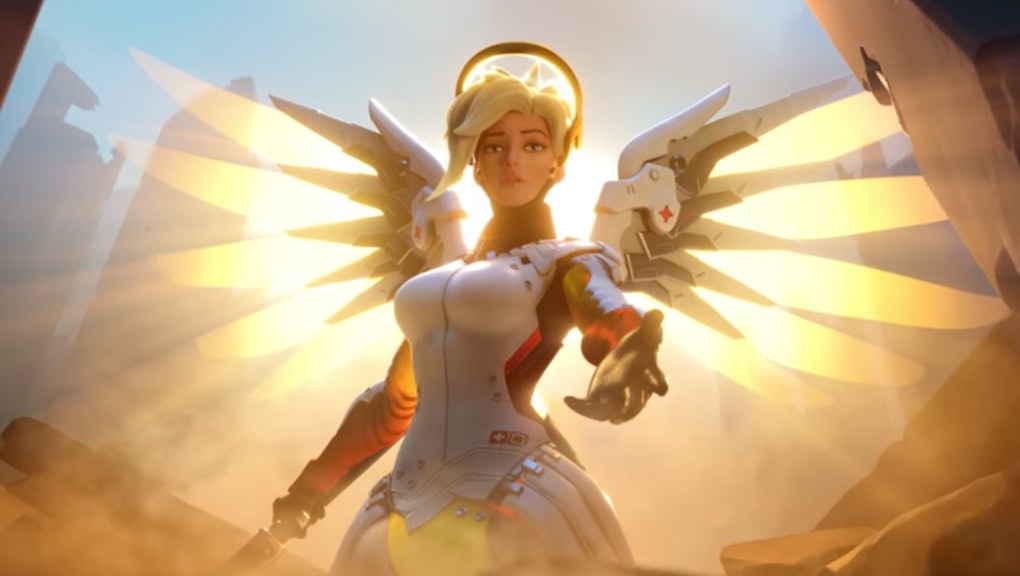 An Overwatch gameplay video gaining traction online can only be described as 16 minutes of pure horror. Throughout the entire recording, several members on a female player's team verbally harassed her, hurling moronic, sexist, rapacious vitriol at her — nonstop.

The video is absolutely gut-wrenching, not only because the content itself is horrifying, but also because it stands for something larger: It's a distillation of the experience of gaming online if you don't fit the stereotypical image of what a gamer is supposed to be.

"I am putting this and a few other examples of the way I am treated up not just for entertainment," Overwatch player Glisa said in the description of the YouTube video. "I want to give people a look into how women are treated online. This is not OK, and I'm doing my best to show that."

"I want to give people a look into how women are treated online. This is not OK, and I'm doing my best to show that."

The majority of the harassment came from an Overwatch player called Acayri, an individual who can only be described as a Yahoo comments section come to life. Here is just a brief sampling of some of the things he said over the course of the match:

Glisa tried to defend herself — and it only made things worse

Glisa remained mostly silent as Acayri verbally assaulted her, but around the 3:40 mark, Glisa tried to speak up.

"Just in case anyone was curious what sexual harassment looks like, this is it," she said.

Once Glisa confronted the individuals doing the most of the trolling — Acayri and a player named Joel — it got even worse. They started laughing and doubling down on the insults.

Joel seemed to think Acayri took it one step too far with that comment, warning him that Glisa might be recording him — but, notably, he didn't defend Glisa. He simply warned Acayri of the dangers of being caught.

The only time someone else on Glisa's team actually tried to shut the harassers up happens around the 6:30 mark, when the Soldier: 76 player, MVP, said, "Do you guys actually care about winning or do you just want to troll?"

"Why do the female humans always play the female characters?" Acayri wondered soon thereafter. "Like, they're always playing Mercy."

"They can't play games and be good at them —" Joel responded.

Unsurprisingly, Glisa's team eventually lost the match — after all, it's not easy to play your best when two-thirds of the team is hellbent on tormenting a fellow player. Unfortunately, it seems like Glisa is no stranger to this kind of behavior online, because it doesn't visibly faze her as much as you might expect.

Right before the video cuts out, Glisa simply said, "Thanks for the content, babes."