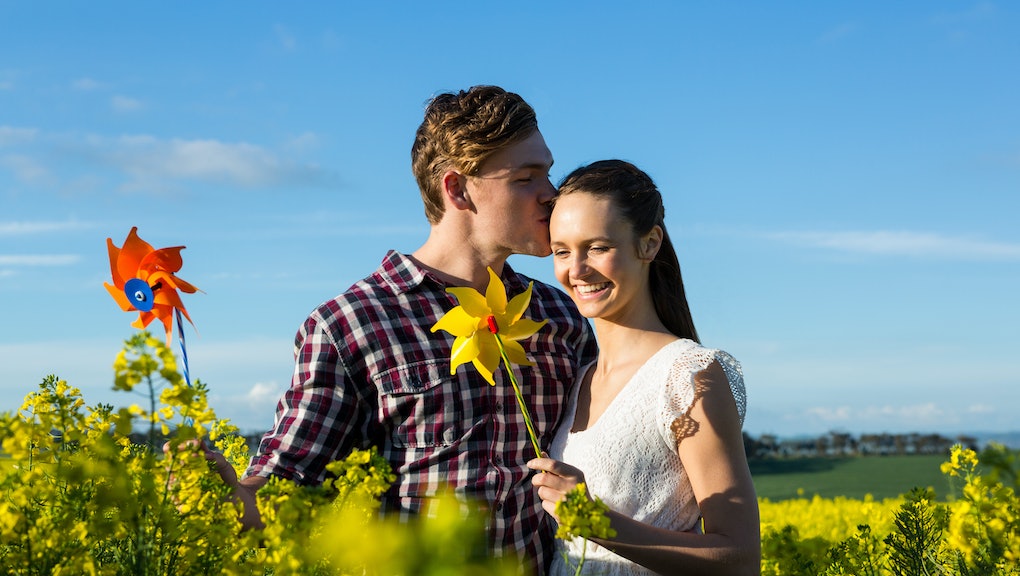 On Thursday morning, some smartphone owners awoke to an archaic alert from Fox News, suggesting that the date was not 2017, but — as one Twitter user mused — somewhere closer to 1957.

"Most men just want a woman who's nice" was the title of an op-ed from Suzanne Venker, author of The Alpha Female's Guide to Men and Marriage: How Love Works. Fox, a network recently plagued by myriad sexual harassment allegations against prominent male employees, published the piece Thursday.

In it, Venker offers an unsupported defense of gender stereotypes, arguing that men are looking for wives who are nice: "Soft, gentle and kind." The female subconscious, Venker says, unilaterally craves masculinity that is "hard. Gruff. Take charge."

If you — the assumed reader is a heterosexual, cisgender woman — thought you just wanted a decent and non-manipulative human for a partner, according to Venker, you are probably wrong.

"Ask any guy you know, and he'll likely give you example after example of women they know who said they wanted a nice guy but in reality wanted a bad boy," she writes, propping up the threadbare "nice guy myth," in which men who think highly of themselves blame romantic rejection on fickle women.

Venker offers no pointers on how to be nicer. She does mention a "nice muscle" one can flex, but does not say where that muscle is located. Venker explains that being nice doesn't mean "being a pushover," it "just means being nice."

The internet, predictably, is confused by the argument: