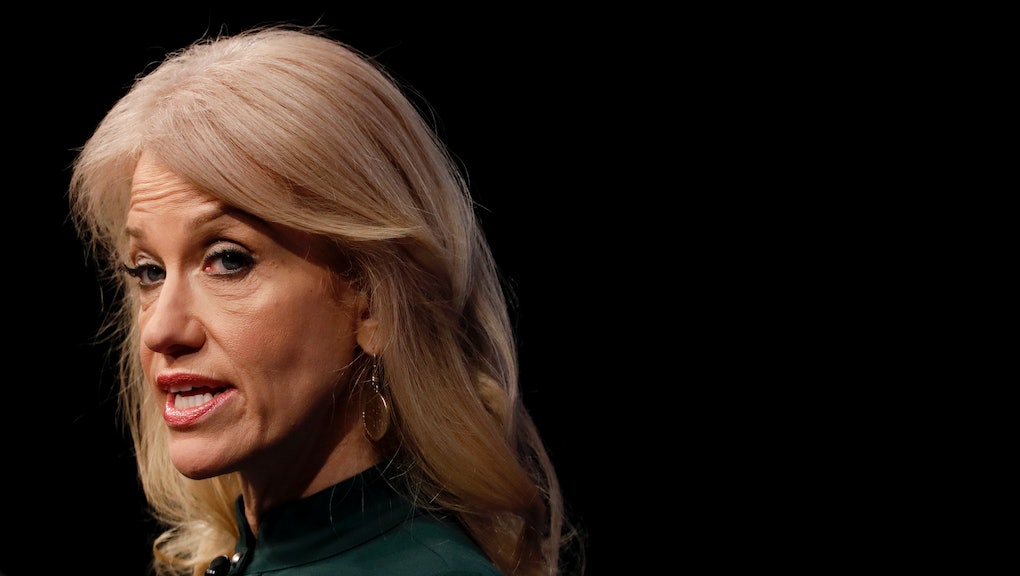 While most people couldn't get enough of Anderson Cooper's epic eye roll during a Tuesday interview with Kellyanne Conway, the White House counselor is insisting that it wasn't just rude — it was sexist.

Naturally when saying so, Conway couldn't help but mention Hillary Clinton and her recent remarks about misogyny's role in the 2016 election.

"Hillary Clinton is in search of sexism as a lame excuse for why her disastrous candidacy and campaign lost six months ago," Conway said in a Thursday Fox & Friends segment. "I face sexism a lot of times when I show up for interviews like that."

She continued, "Could you imagine... having a male anchor on the network roll eyes at Hillary Clinton, at somebody — a female representative spokeswoman for President Obama or President Bill Clinton? I think not."

Conway's suggestion that she was a victim of gender bias is particularly interesting given her vehement insistence that she's not a feminist.

In January, Conway told the Washington Post she identifies as a "postfeminist" because she considers herself "one of those women who is a product of her choices, not a victim of her circumstances."

But for what it's worth, it sure seems convenient that Conway wants to talk about sexism now — and avoided the topic at all costs when her own candidate had been accused of it.

"I don't consider myself a feminist," Conway told the Post. "I think my generation isn't a big fan of labels. My favorite label is mommy."