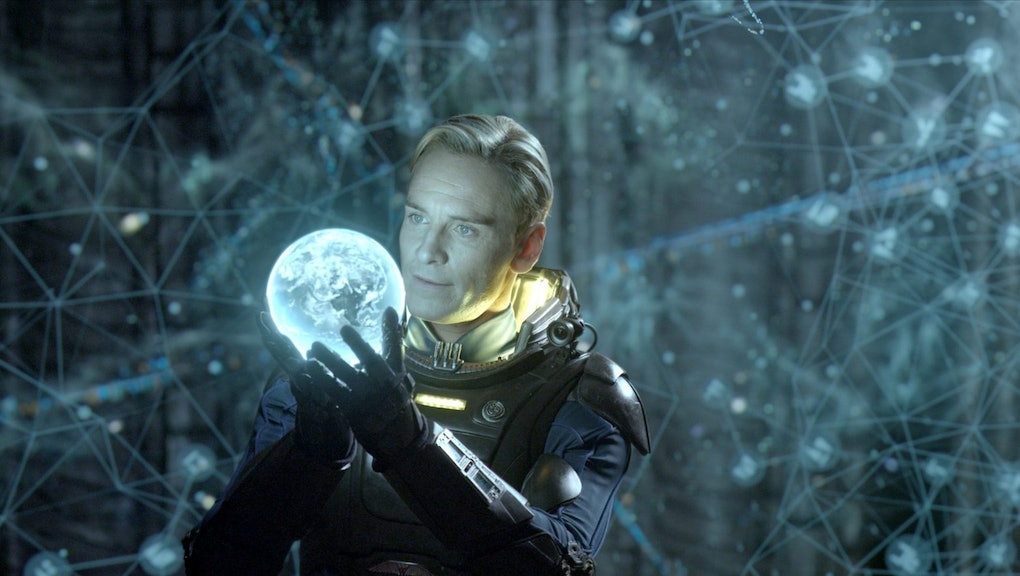 In defense of Ridley Scott's 'Prometheus'

With Alien: Covenant set to hit theaters May 19, it feels like an appropriate time to reflect on director Ridley Scott's previous foray into the Alien universe, Prometheus.

An Alien origin story of sorts and prequel to Alien: Covenant, Prometheus was an unusually divisive film, with many critics either happily lauding the picture or condemning various aspects of it, but very few penned lukewarm feelings. Detractors complained the movie had no substantive plot or character development, while others seemed to perseverate on Prometheus' lack of followthrough in fleshing out the religious and philosophical undertones it introduced.

"Prometheus' characters are routinely fundamentally incompetent in ways difficult to reconcile with their qualifications. Their disregard for common sense and their own safety tends to be distancing and frustrating, and lead to the feeling that they deserve what they get, much like the one-dimensional characters in slasher films who exist only to exhibit annoying behaviors, then get killed for viewers' amusement," A.V. Club's Tasha Robinson wrote in one particularly virulent paragraph of an otherwise largely positive review.

"The film is clumsy and heavy-handed when dealing with the twin-themes of faith and religion, the screenplay threatening to collapse under the weights [of] its own lofty theological ambitions in the final act," wrote IGN's Chris Tilly.

While critics were quick to point out Prometheus' flaws, there were myriad aspects of the picture that elevated it near the top of the Alien hierarchy, alongside the 1979 original and its 1986 sequel. Prometheus affords spectacular visuals, spellbinding performances, satisfying revelations and heart-thrumming suspense, much like its predecessors. Despite some of its purported shortcomings, this film is a gut-churning, nail-chomping watch that serves up a riveting and thought-provoking movie-watching experience. Now that we've officially woken from hypersleep, let's suit up and step into the suffocating, shale-storming realm of LV-223 as we explore Prometheus in greater detail.

From a purely cinematic standpoint, Prometheus is absolutely breathtaking. The slow, panning shots throughout the film create a staggering sense of scope, especially the ones showing the intrepid crew of the Prometheus ship descending through the upper atmosphere of the mysterious planet. The camera work gives you the feeling you're there too, peering through the porthole and gazing out at a sprawling, alien landscape.

The color grading in Prometheus is also noteworthy, with clear distinctions between shades of ice-blue, which seem to represent hopefulness and exploration, and neon-yellow, the color often used in scenes filled with danger or fear. It's not only aesthetically pleasing, but also a functional storytelling tool.

Admittedly, Charlize Theron's performance as the no-nonsense Meredith Vickers falls terribly flat; it's also easy to concede the one-dimensionality of most of the other characters. But Noomi Rapace's role as Elizabeth Shaw, the faith-driven lead set on discovering the "architects" of humanity, and Michael Fassbender, as the devilishly curious android David, steal the show.

Rapace's ability to convey sheer terror, unbearable pain and impossible bravery all in one scene is simply incredible. Her entire resume as an actress should just be the sequence when an alien-infected Shaw races through the ship's corridors, hops in the Med Pod and has it surgically remove the growing Xenomorph inside of her — visceral, frightening stuff. Fassbender, on the other hand, plays David far more subtly, with his face often twisting into various forms of a smirk, each one projecting a different emotion — kindness, appreciation, treachery and maybe even concern.

The ever-changing relational dynamic between Shaw and David is also intriguing to observe. The android — who is without a soul, according to a holographic version of billionaire financier Peter Weyland (played by a prosthetically aged Guy Pearce) — shows continual disregard for human life, yet seems to develop a soft spot for the cross-wearing archaeologist as the plot advances. He purposefully (and fatally) infects Charlie Holloway with an alien contagion and confesses he wants his "father," Weyland, dead, while going out of his way to save Shaw from a deadly shale storm and then again from one of the Prometheans — the towering, ash-white aliens who created humankind from their own DNA only to set out to destroy them millennia later.

For many fans of the Alien franchise, Prometheus was a much-welcome examination into the origins of the infamous Xenomorphs. Their presence in the various installments was always something of a curiosity — where did they come from and how did one get aboard the spaceship Nostromo? But Prometheus rewinds the clock to a point before these acid-bleeding, mouth-jousting creatures ran rampant, using purposeful moments, like ancient holographic recordings and David's exploration through the cavernous weapons' hold, to explore new territory not seen before in the Alien canon and answer questions fans have been asking for decades.

After four Alien movies and a handful of spinoffs it's finally clear how the Xenomorphs came to be: They were biological weapons created by the Prometheans.

A sci-fi, not a space documentary

It's far too easy for science-fiction films to focus on explaining the technical aspects — how does one travel faster than light, how do hibernation pods work, what type of technology is used to power the ships — but, more often than not, that detracts from the overall cinematic experience and can lead to confusing and muddled plots. (We're looking at you, Source Code.)

Thankfully, Prometheus doesn't burden itself with laying out the science behind the fiction. Instead of explaining technicalities and mechanics, Scott simply gives audiences a captivating plot that focuses on visuals and storytelling — moments like the Prometheus' massive, blue thrusters kicking up towering plumes of dust as it first sets down on LV-223, Holloway tearing apart the crew after being transformed by an alien contagion, David waking an ancient, malevolent Promethean from its hypersleep chamber and an injured, terrified Shaw sprinting across the planet's surface as the alien spaceship takes to the sky, then comes crashing back down moments later. At its roots, the Alien franchise has always been about mood and atmosphere, not plot machinations, and Prometheus continues with that tradition in fine form.

It would be easy to continue this list, exhaustively spelling out each and every point that makes Prometheus an intoxicating and underrated science-fiction film, one that poses deep philosophical and religious questions about the origins of humankind and the meaning of life, while also exploring the potential horrors of deep space exploration. But like any good space traveller, we must ration our resources.

Big things do indeed have small beginnings, as David so poignantly notes. The line is just one of many the android borrows from Lawrence of Arabia, but this one seems particularly fitting of Prometheus. Alien debuted in 1979 as a comparatively low-budgeted science-fiction flick that grew to become a mainstay in the genre, spawning a flurry of successful sequels and offshoots that ultimately led up to Prometheus — a movie that gamely embodies that quote, and, in many respects, represents the pinnacle of the Alien franchise.