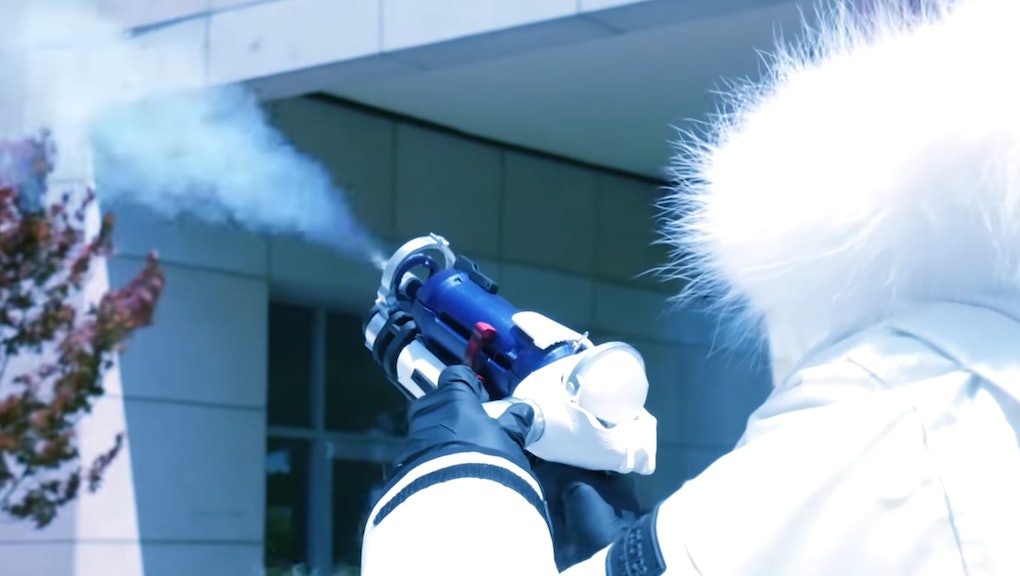 An Overwatch fan just created a chill-inducing working replica of Mei's endothermic blaster filled with liquid nitrogen. It's not quite as powerful as the ice gun Mei actually wields in Overwatch — they have to blast away at a single strawberry for quite awhile before it softly, gently splits down the center — but it's still a pretty impressive creation filled with excellent detail.

For example, you can twist a dial that causes a blue light to increase and decrease in intensity, mimicking how Mei reloads her ammo.

Now they just need to team up with that guy who made the working replica of Tracer's pistol and form a crimefighting super team. If you can deal with the strange, overpowering metal music soundtrack, feel free to check out the full video of the ice gun below.