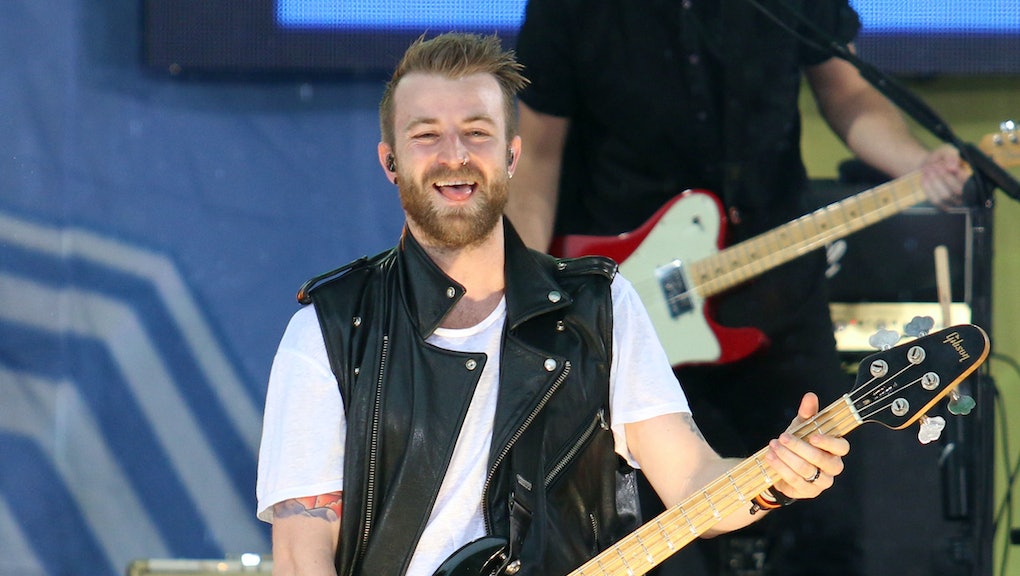 Why did Jeremy Davis leave Paramore?

Over the past decade, pop-punk outfit Paramore has consistently authored some of the most exuberant, high energy wallflower anthems in mainstream rock 'n' roll. For four albums now, the band, led by Hayley Williams, has tightened their songwriting and expanded their sound, adjusting to the demands of fame and increased critical scrutiny with surprising skill.

However, behind the scenes, band life hasn't been smooth sailing.

Paramore's history is littered with member firings, line-up changes and court disputes, the most recent involving former bassist Jeremy Davis. One of Paramore's founding members, Davis has left the band on two separate occasions, the first time in 2004 for "personal reasons," according to Rolling Stone, and the second in 2015 under even vaguer circumstances that still aren't entirely clear. It seemed amicable at the time, but the ensuing 2016 lawsuit suggests otherwise.

"We've written and re-written this countless times and there's just not a good way to put it ... Jeremy is no longer going to be in the band with us," the band wrote back in December 2015, announcing the split. "To be honest, this has been really painful. After taking time to consider how to move forward, we ultimately found that we really do believe Paramore can and should continue on. And so we will."

Later in March, the Tennessean revealed that Davis and the group were "locked in a legal dispute" over the way he was paid for his work with the band. Davis claimed he and Williams were partners in Varoom Whoa, the business entity that operates Paramore, and was therefore entitled to a share of the royalties, touring revenue and other income. The lawsuit listed Williams as the sole owner of Varoom Whoa, and argued that Davis was merely an employee of the company. Davis called Williams out for "backstabbing" in alleged comments to the media.

On Thursday, the Tennessean reported that the band and Davis settled, conveniently right on the eve of the release of Paramore's sixth album After Laughter.

"Everything has been resolved and settled," Jay Bowen, Nashville-based attorney for Paramore told the publication, before hyping up the coming release. "Paramore had a great show last night, getting ready for their tour. The album's out (Friday)."

Davis is not the first to leave the band on bad terms. In 2010, brothers Zac Farro and Josh Farro left, citing issues with the way they saw the band being treated as a vehicle to bolster Hayley William's solo career. A blog post written by the brothers detailed the history of the pop punk project's rotating membership and the ways in which Atlantic records and Williams' family treated the band's musicians as "hired guns." Zac Farro has since rejoined Paramore as their drummer.

Davis has yet to give a full account of what happened in the split. He's still active on Instagram under the name @Jerm_Beats, sharing new hip-hop and electronic beats he's been working on.

Mic has reached out to Jeremy Davis following his lawsuit's settlement for more information and we will update if we hear back.