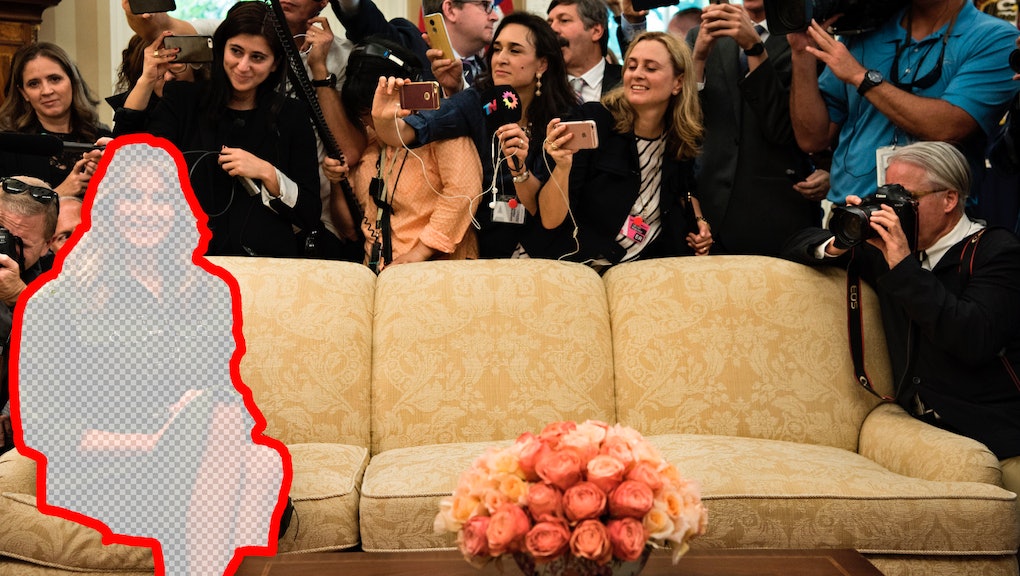 What Melania Trump wore her 16th week as first lady — oh wait, she didn't appear even once

When it comes to first ladies, Melania Trump's tenure can best be described by the song "She's Not There" by The Zombies, because, well, you get it.

Save for a rare speech, meetings with foreign dignitary's wives, a quick showing of face at a hospital or a shelter or a beam of her signature smile at a gala or dinner party, Trump has taken a largely Shelly Miscavige-ian approach to the informal title that is being the subservient spouse to a prominent leader.

She was not seen during week two or week eight or week 12.

And now, for week 16, Melania is at it again — or rather not at it — appearing in public not once. Having spent four of her 16 weeks as first lady unseen, at this point it is fair to say that Trump will be the most curtained first lady in modern history.

I'd love to describe Melania's third time wearing the Row, but I can't, because she didn't (or if she did, she did it out of public gaze).

I'd love to describe the reemergence of a more casual-dressing Melania seen during week 13, but alas, I cannot, because I have no proof that she dressed this way, or any way, because again, where she be?

I'd love to give you a third example, but who has the energy to wise crack about an absentee Melania with everything her husband's been up to.