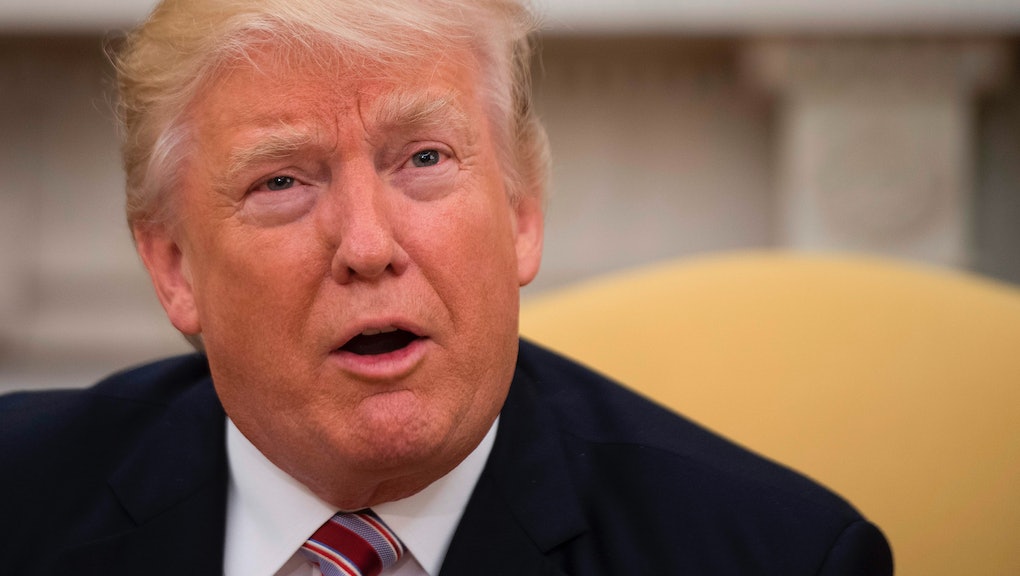 President Donald Trump sat down with NBC's Lester Holt Thursday night to finally set the record straight about his abrupt firing of FBI director James Comey. But the president raised eyebrows instead.

When asked about his decision, Trump admitted he was thinking of the ongoing Russia probe when he made the decision — contradicting much of the official narrative.

"When I decided to [fire Comey], I said to myself, you know, this Russia thing with Trump and Russia is a made-up story by the Democrats," Trump told Holt.

Nonetheless, now that the investigation has begun, Trump wants it done right.

"I just want someone who's competent," he said.

In the NBC interview, Trump went on to address the ongoing investigation into his administrations ties to Russia.

"It should be over with, in my opinion, should have been over with a long time ago," he said. "Because all it is, is an excuse but I said to myself, I might even lengthen out the investigation but I have to do the right thing for the American people. [Comey's] the wrong man for that position."

This explanation goes against the Trump administration's initial reason for Comey's dismissal, which centered around Comey's handling of the investigation into Hillary Clinton's private email server.

In the beginning of his term, Trump raised no issues with this aspect of the Clinton email investigation, specifically asking for him to stay on six more years.