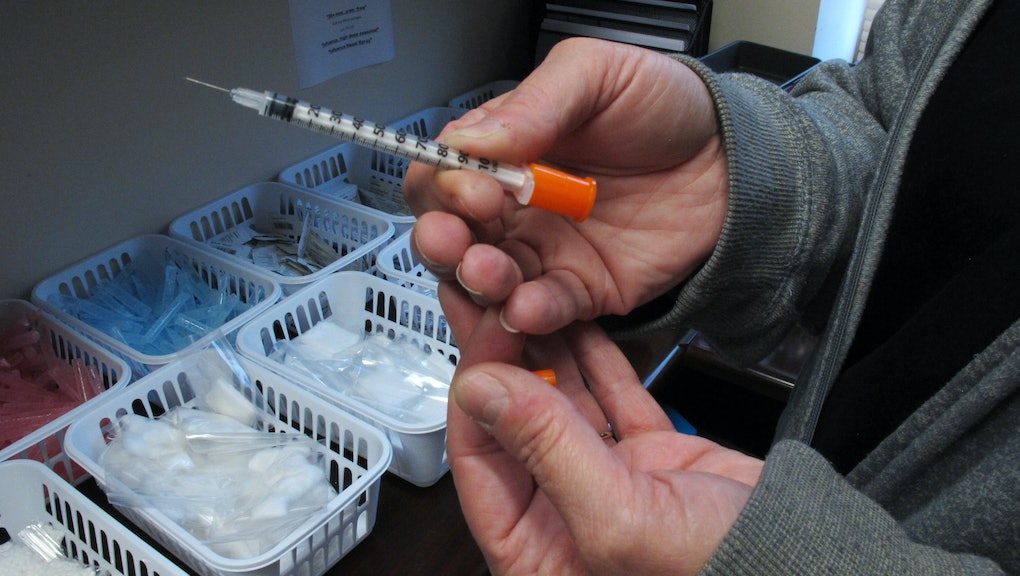 Hepatitis C cases in the United States have risen by nearly 300% in recent years, a new report reveals — and injectable opioids are likely to blame.

The report, which was published by the Centers for Disease Control and Prevention, revealed that reported cases of HCV increased by 294% between 2010 and 2015. The CDC notes the disease is "the most common blood-borne infection" in the U.S., affecting approximately 3.5 million Americans.

Seventeen states had hepatitis C infection rates that exceeded the national average in 2015, the CDC reported. Seven states had at least twice the average amount of reported infections: Indiana, Kentucky, Maine, Massachusetts, New Mexico, Tennessee and West Virginia. The national rise in hepatitis C cases, the report explained, is largely attributable to injectable opioids such as heroin and prescription drugs, as the primary risk factor for infection is injection drug use.

Though 90% of hepatitis C infections can be cured through treatment, the disease still remains a deadly threat, NPR noted. Hepatitis C "is associated with more deaths in the United States than 60 other infectious diseases reported to CDC combined," the report authors note, and the disease caused approximately 19,000 deaths in 2013.

This high death rate can be partially attributed to the fact that many Americans with hepatitis C may not even realize they have the disease at all. The infection often produces no symptoms in its early stages, though it can lead to liver failure if left untreated. The CDC report notes that though there were 2,436 new reported cases of hepatitis C in 2015, the actual number of new cases, when accounting for "underascertainment and underreporting," may actually be closer to 34,000.

As a result of this dramatic increase in hepatitis C cases, the CDC is encouraging states to "create and strengthen public health laws" to both treat and prevent hepatitis C. In 2015, the CDC report notes, only three states — Maine, Nevada and Utah — had "state laws and Medicaid policies capable of comprehensively preventing and treating HCV among persons who inject drugs," while 19 states' laws were categorized as "least comprehensive" in preventing hepatitis C amongst opioid users.