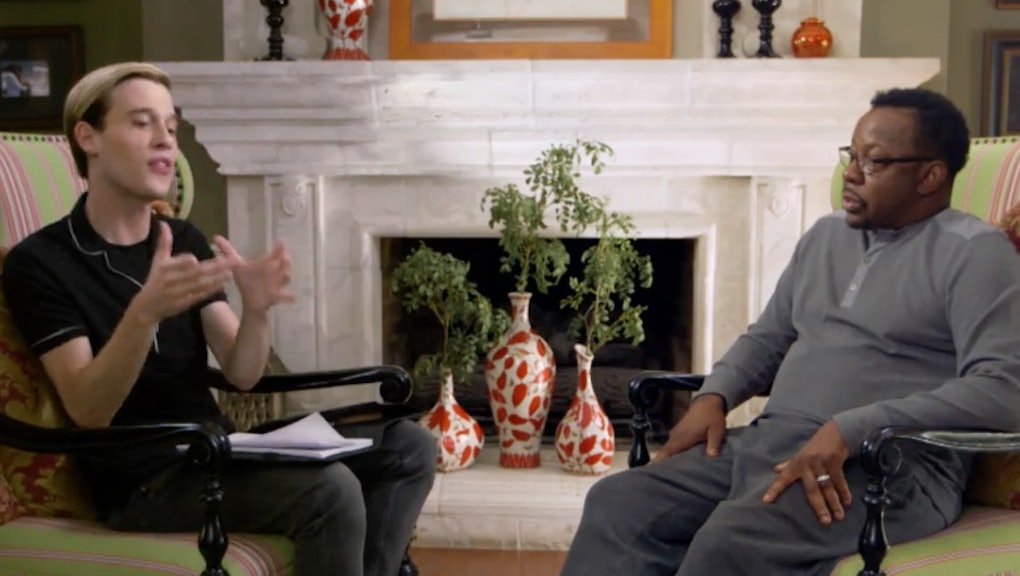 On the upcoming episode of Hollywood Medium with Tyler Henry, the clairvoyant host channels late singer Whitney Houston during a reading with singer Bobby Brown, her ex-husband. In the beginning of the episode preview, Henry says he feels a "woman coming through" who is describing a heart condition. Watch the video here.

Henry continues to interpret what the woman is explaining to him about the heart condition.

After clarifying these messages, Henry asks Brown if he had any conversations recently about heart conditions. Brown responds, "Yeah, my ex-wife."

Whitney Houston died on Feb. 11, 2012, at the age of 48 in a Beverly Hills, California, hotel. An autopsy report revealed the singer had atherosclerotic heart disease at the time of her drowning and that cocaine use also played a factor in her cause of death.

The Bobby Brown and Whitney Houston episode of Hollywood Medium with Tyler Henry airs Wednesday, May 17, at 8 p.m. Eastern on E!