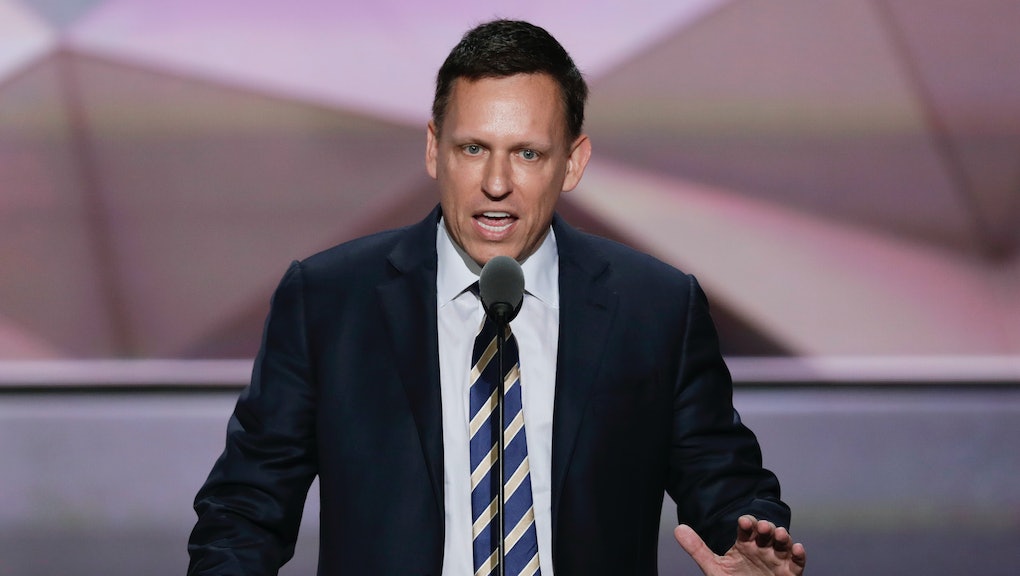 While you weren't watching, 'Quantico' put Peter Thiel on blast

You've probably heard of Peter Thiel. He is the co-founder of PayPal and sits on the board of Facebook, a social networking service with 1.28 billion daily active users. The venture capitalist wants to inject himself with the blood of young people and has invested a lot of time and money into startups that aim to cheat death. He acts as an adviser to President Donald Trump. Thiel also founded Palantir Technologies, a data-mining firm helping the president track down and deport millions of immigrants in the United States.

He's one of the biggest tech developers in the world. His apps are on 197 million people's cell phones. He's branching out of tech and into medical research because he wants to live forever. The president of the United States schemed to use a line of code in the app Theo founded, FundFriend, to control the avionics system on a number of commercial planes to bring them down to stage terrorist attacks.

Peter Theo is a fictional character from ABC's Quantico. Peter Thiel is the real guy he's probably based on.

"They're all analogues, but Peter Theo is the only one that's really clear," Safran said. "And while he was just introduced, he's incredibly important to the climax of the season, so he's going to have a lot to do with what's about to happen."

Theo only makes a few appearances, but oh boy!

"This entire room is a Faraday cage," Theo tells Priyanka Chopra's character Alex Parrish during a meeting at Greypool Defense Service in a Quantico episode. "No signals of any kind. Your iPhone is a $700 paperweight."

"I guess I won't be able to live-tweet this meeting then," Alex responds.

"Apparently he wants to live forever," said another character whose name I don't remember because I just watched the episodes with Theo. "But that requires human testing, illegal testing. Still, if the FDA gave him a waiver to allow for volunteers..."

Anyway, I'm not sure what the future for Theo holds on Quantico — the show wrapped up that storyline in the season finale. But maybe if we are lucky, season three will grace us with a Clark Zuckerburp.