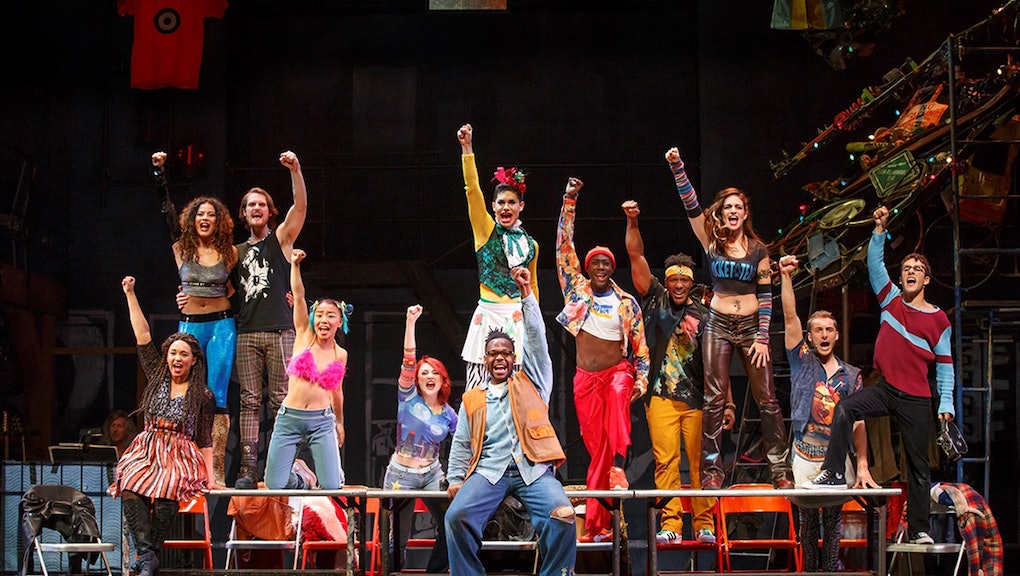 Fox chooses 'Rent' to be its next live musical

Approximately 698,400 minutes after Fox aired its last live musical, Grease, in January 2016, the network announced its next production: the rock opera Rent.

Entertainment publication The Hollywood Reporter shared the news Friday, sharing the network came to the decision after long negotiations with the estate of the late playwright Jonathan Larson.

Rent follows a group of impoverished artists living in bohemian New York City in the late '80s-early '90s, working under the shadow of the AIDS crisis. Its plot is roughly adapted from the Giacomo Puccini opera La bohème.

The morning before the musical's opening off-Broadway, Larson died suddenly of an aortic dissection in January 1996. The show eventually moved to Broadway and won a Pulitzer Prize and several of the top prizes at the Tony Awards in 1996 including best musical, best book of a musical and best original score.

"Rent was Jonathan's dream of sharing the theater and the passion he had for it with a whole new generation," Julie and Al Larson, Jonathan's sister and father, told the Hollywood Reporter. "None of us could have imagined the massive impact that the messages and themes in Rent would have on the theater community or the world ... except for Jonathan. We are absolutely thrilled to be continuing Jonathan's legacy and the still-relevant themes of the show in this way."

The production has some serious competition to measure up to. Fox's last musical, Grease, took home five awards at the 2016 Emmys, including outstanding special class program and outstanding directing for a variety special.