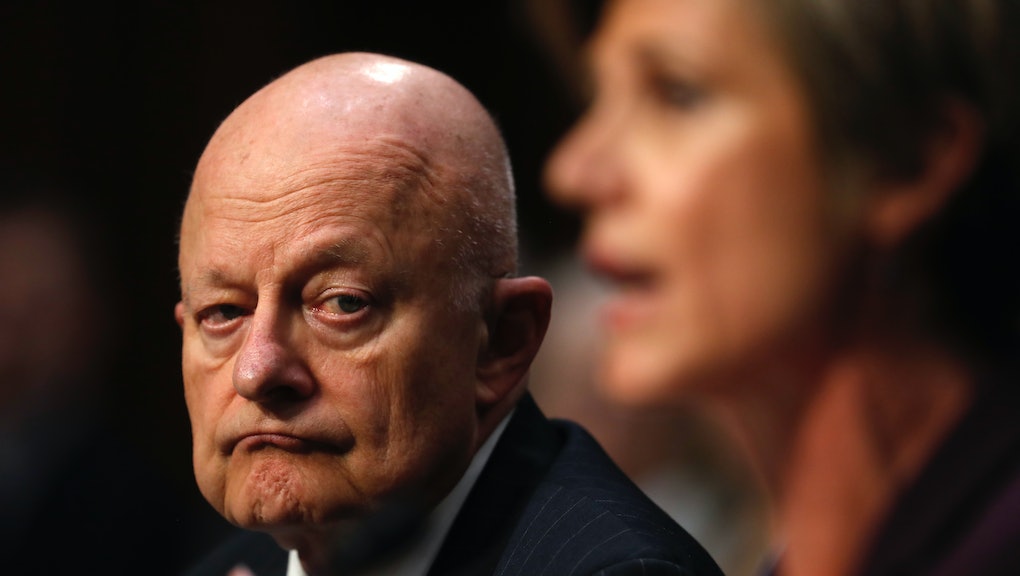 James Clapper says Donald Trump has US institutions "under assault"

Former Director of National Intelligence James Clapper told CNN's Jake Tapper on Sunday that President Donald Trump is leading an internal assault on the U.S.' institutions at the same time Russian interference in the 2016 presidential elections weakened them, saying both are "eroding" the nation's system of governance.

When Tapper asked if he was referring to the president, Clapper responded, "Exactly."

"The founding fathers, in their genius, created a system of three coequal branches of government and a built-in system of checks and balances," Clapper said. "I feel as though that is under assault and is eroding."

Clapper's comments are particularly noteworthy because Trump has repeatedly and loudly cited the former DNI as saying there is "no evidence" of collusion between Russian hackers and Trump's campaign — something that is not accurate, as Clapper has always clarified any such evidence would be in the hands of the FBI.

Trump fired the FBI director, James Comey, last week, publicly admitting the agency's investigation into possible collusion was on his mind when he made the decision. Subsequent reports indicated Trump had asked for Comey's personal loyalty and been rebuffed.

But as pressure continues to build on the White House in the wake of the Comey firing, pretty much all of the key law enforcement and intelligence figures associated with the investigations into Trump are sounding the alarm.