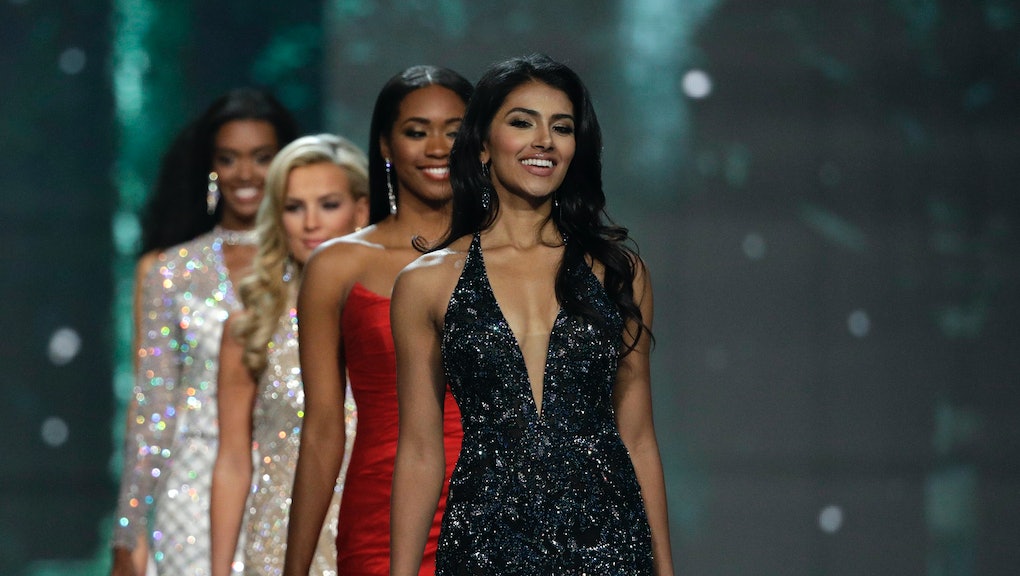 Verg smiled, then dropped the mic.

Feminism is striving for equality and I do consider myself a feminist. I think it's a misconception when people believe that feminism is women being better than men. But it's really not. It's a fight for equality. And we need to realize that if we want a stable society, a better future for every single individual, we need to be equal. And that's why I advocate for education for women. Women are still held back in places in the world. They still don't have that right to their independence, that right to their equality — all because of education. And, once we do take that step, I believe that an equal world will be a better world.

Women erupted on Twitter, praising Verg for her answer about what feminism really is.

Throughout the pageant, Verg — who immigrated from India to the United States when she was  4 years old — spoke of her passion for empowering women through education.

Thank you, Miss New Jersey USA, for getting real about feminism and smashing the patriarchy, all while wearing six-inch heels.