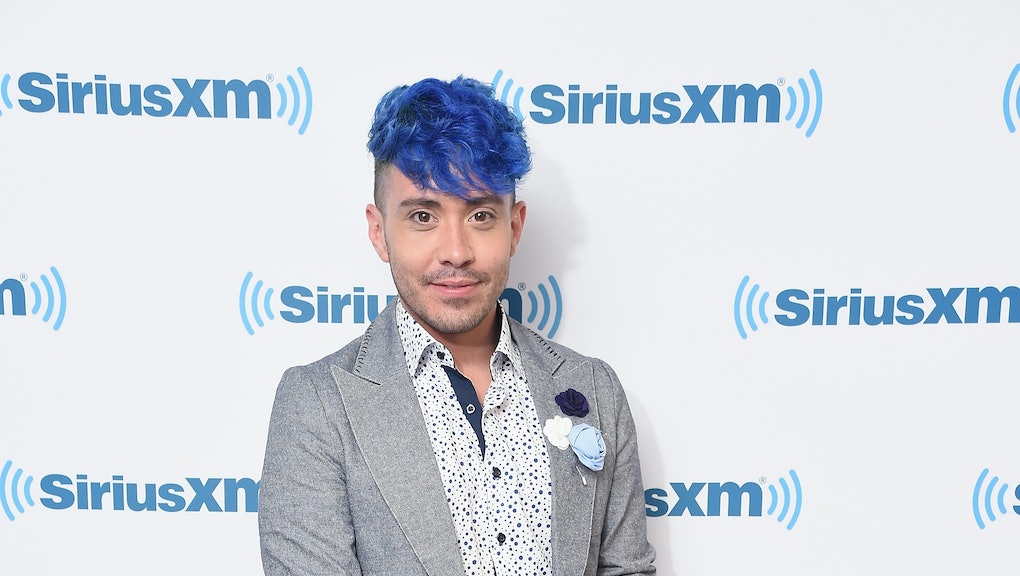 The 'RuPaul's Drag Race' subreddit is melting down, and it's Phi Phi O'Hara's fault

As RuPaul's Drag Race's ninth season comes under fire for its supposed lack of conflict, the reality series' online viewer community is ratcheting up the drama. Sunday night, a shady tweet from a former Drag Race contestant kicked off a chain of events that has left the show's subreddit, r/rupaulsdragrace, in open revolt.

Because of the ensuing disorder, one of TV's most vibrant fan groups sits at a crossroads, with moderators and users offering different ideas about what the subreddit should be. Of course, as so much drama on the show does, it all started with Drag Race supervillain Phi Phi O'Hara.

(Editor's note: The following story contains minor details about a rumored twist in the next episode of RuPaul's Drag Race.)

Reddit user rock___bottom summed up the kerfuffle nicely on the aptly named subreddit r/SubredditDrama, but to recap: Phi Phi tweeted a hashtag, #RemoveYourMask, that refers to an event that allegedly occurs during the next episode of Drag Race. (The rumor is that a queen refuses to remove her mask during the Lip Sync for Your Life.) The subreddit opened a discussion about the tweet, in which a moderator of the forum, saintrorem, tagged Phi Phi's Reddit account, accusing the drag queen of "starving for some attention."

The moderator then removed the discussion thread entirely, only reinstating it when users expressed frustration with the lack of transparency — including Phi Phi herself, who tweeted, then deleted, a complaint about saintrorem. The Drag Race subreddit's main moderator, Broosh, then got involved, reprimanding saintrorem. The subreddit's Twitter account offered an apology to Phi Phi.

Then everything went to hell.

In a "mod announcement," Broosh explained that saintrorem's actions were out of line with the expectation of moderators. "It's a fine line to walk between wanting to freely express our opinions and emotions — and we all know we are some of the most passionate and opinionated fans out there — and having some of our comments scrutinized because we are moderators of the sub," Broosh said. Broosh's focus on the subreddit's "brand" in their statement led to much mockery from both users and season eight queen Kim Chi on Twitter.

The head moderator also announced the addition of a new moderator, CaptainSteveXXX, a self-described friend of Phi Phi's. Annoyed with the state of things, subreddit users did a bit of digging and found the new mod's past use of racist and transphobic slurs. Another, less active mod, mansonfamily, took action by removing CaptainSteveXXX from the list of moderators.

Yet the damage was done: Some users are attempting to start a new subreddit, while others still on the main page are calling for Broosh's resignation and Drag Race queens like Kim Chi and Trinity Taylor are watching in amusement.

For some shows, a subreddit falling into chaos would be nothing but a point of minor interest. While some have strong communities, like r/BravoRealHousewives, or even larger presences like r/GameOfThrones, r/rupaulsdragrace is uniquely positioned relative to its subject series. Before the show broke out in the ratings, the subreddit was a corner of the internet dedicated to a relatively niche TV series. The fan devotion on display is remarkable, with users correctly determining the casts of the last two seasons before they were even announced.

Such a community can only grow so large without reckoning with its own identity, though. Is r/rupaulsdragrace an independent "brand" to be grown by those in charge? Should it curate itself to be kinder to the queens from the show so as to encourage their involvement on the platform? Or is it just a fan message board and nothing more? That's the debate that will continue in the subreddit in the weeks to come.

For now, though, r/rupaulsdragrace is being swarmed with shitposts. Discussion of identity will have to wait for tomorrow, for chaos is ruling today.