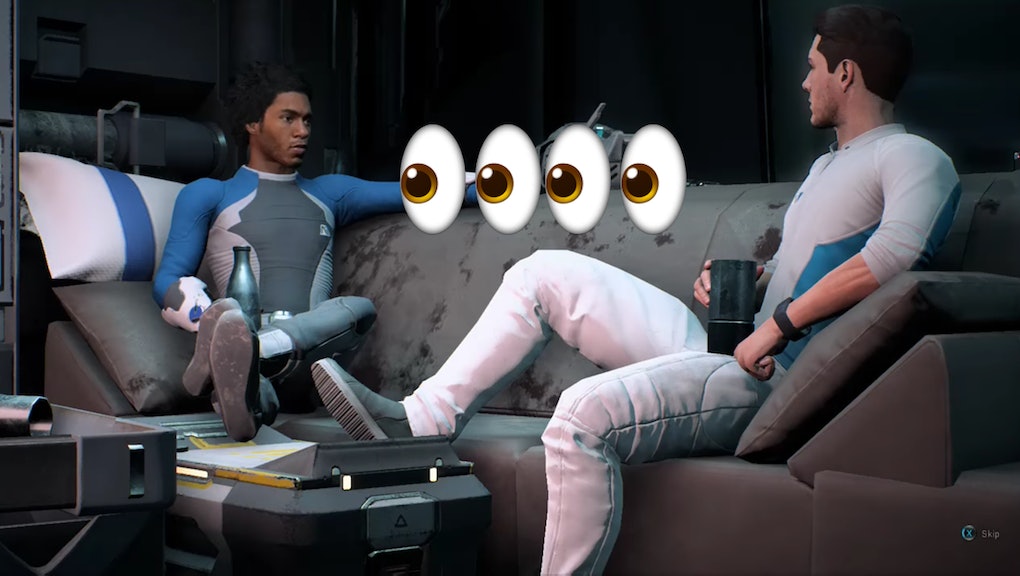 BioWare still has yet to add more male-male romances to Mass Effect: Andromeda as promised, but it looks like a hilarious new bug has taken matters into its own hands — kind of.

In a post on /r/MassEffect, SenselessB shared a video in which skipping through a conversation too quickly caused Scott Ryder to get very, uh — intimate — with Liam. After seeing Liam strut his shirtless bod all over the Tempest, who can blame him, really.

The most recent Mass Effect: Andromeda patch, 1.06, buffed up a few of the game's jankier cutscenes, but clearly there are still some that need more attention.