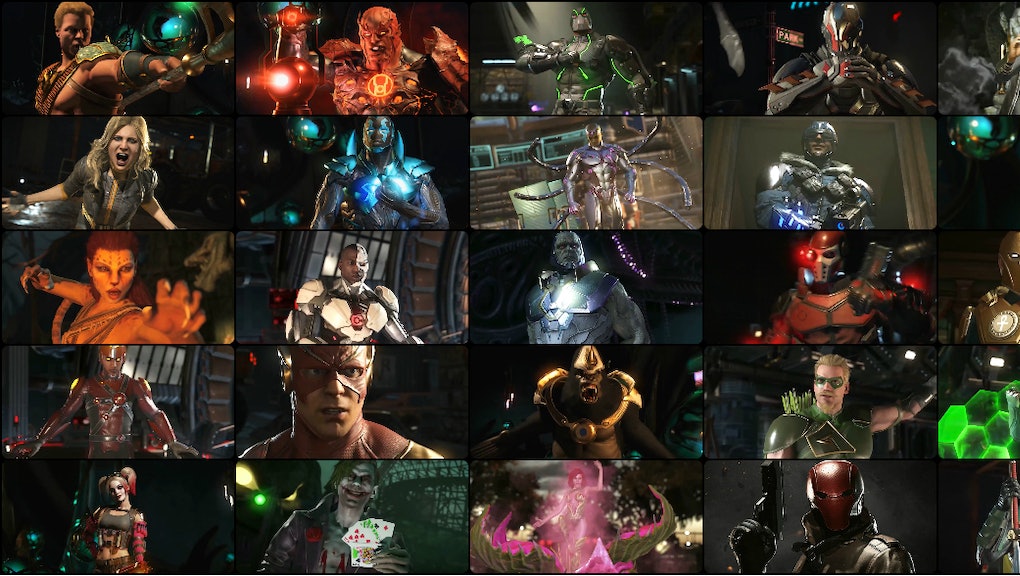 'Injustice 2' Roster: Full character list of every base, pre-order and DLC fighter

Injustice 2 brings a larger roster of characters than the franchise's first game. NetherRealm Studios brought 28 base fighters, one pre-order character and three downloadable content characters to the table for the game's premiere — in addition to the vast amount of characters from the DC Comics universe.

You can find the complete launch roster of Injustice 2 below. If you don't see your favorite DC character on the list, don't worry. There are more DLC characters scheduled for the Injustice 2 roster in the near future.

These characters are all included in the base game and are available to everyone who purchases Injustice 2.

Those who pre-ordered the game will receive a redemption code to unlock a bonus character.

These three characters come in the Fighter Pack 1 DLC for Injustice 2.