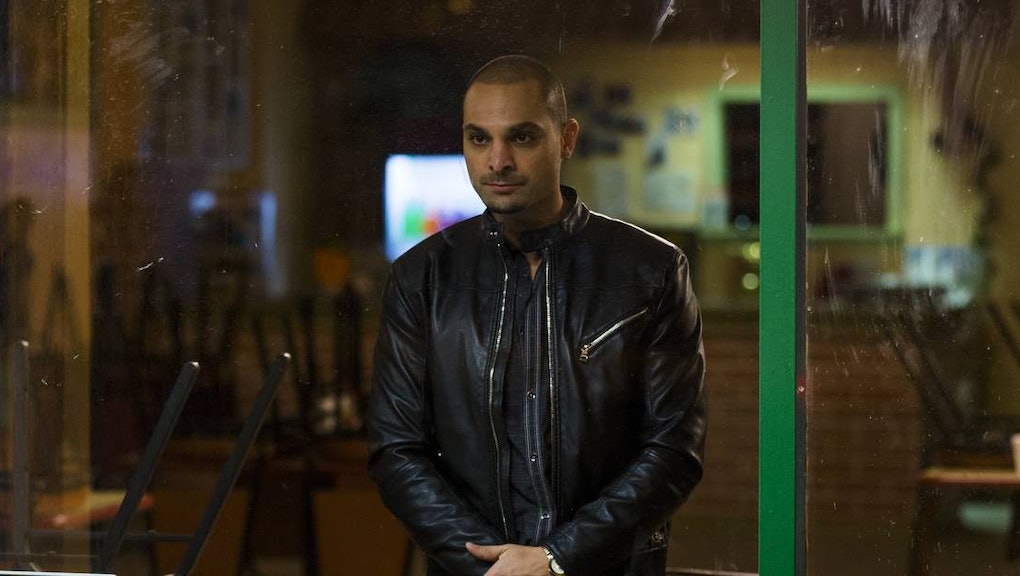 You can now add two more to the list, both of whom went toe-to-toe with Walter White at different stages of his Heisenberg transformation.

Remember Krazy-8 — all the way back in season one of Breaking Bad? He was the first character murdered by Walter White, and it was pretty gruesome. Walter chokes him with a bike lock, after Jesse and Walter kept him alive for several days in a basement because neither had the stomach to finish him off.

He was a pretty, um, crazy character to cross with, but as we find out in Better Call Saul, he wasn't always this way. The Krazy-8 we see in "Off Brand" is going by Domingo. He's a clean-shaven, soft-spoken drug dealer working for the Salamanca family. At the start of the episode, he presents his payment to Nacho and Hector. He comes up light, but as he explains, one of his new guys freaked out and ditched his cash when he saw a police cruiser, and Domingo tried to make up for it by supplementing his own cut of the money.

It's all very democratic, and Nacho seems content with Domingo's assurances of extra cash in the next meeting. But Hector — probably still salty about his drug operation losing its ice-cream front — wants Nacho to make an example of him, adding a condescending, "Who works for who?" Obviously, Domingo will live another day to be the first murder victim of Walter White, but it's a telling scene. Krazy-8 was pretty paranoid when he met with Walter and Jesse — and perhaps you'd be paranoid, too, if your employers beat the shit out of you over being a little short on cash.

Lydia was only around for a season, but she quickly became one of Breaking Bad's most despised characters. And to continue the Walter White-murdering-people theme, she's the last person killed by him in the series finale, when he poisons her with ricin. But before Lydia was introduced to him — this being after Walter had Gus Fring killed at the end of season four — she was Fring's business associate, supplying him with methylamine.

That's how we see her in "Off Brand," meeting with Fring, presumably to find a potential site to create a meth lab. It's a short scene, but one that suggests we might see Lydia and Fring on-screen together in the near future.