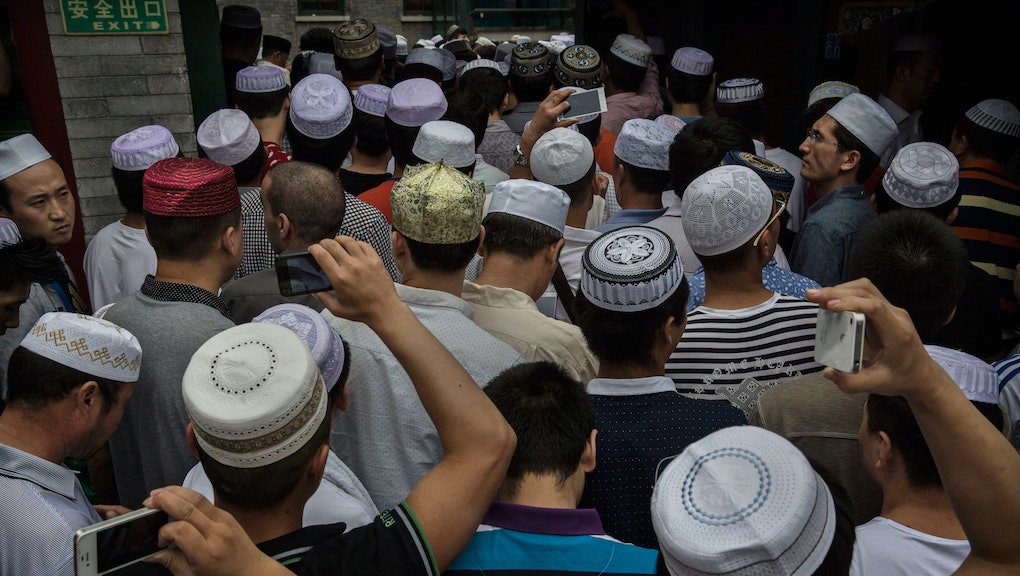 China is preparing to mass collect DNA samples from Muslims

Nearly one month after Chinese administration officials announced a ban on Muslim names in the Xinjiang province, human rights observers and experts are saying China is preparing the framework of mass collecting DNA samples of the densely Muslim populated region.

Xinjiang is home to the largest Muslim and Uyghur population in China.

Chinese authorities have collected DNA samples from the Muslim population in Xinjiang before, but not on a mass scale. In June 2016, Chinese officials announced that Xinjiang residents are required to submit DNA samples, in addition to their biodata and voice records in order to obtain passports or even travel outside of the country.

According to the Associated Press, Xinjiang police confirmed it is in the process of buying approximately $8.7 million worth of equipment to collect and analyze DNA samples. The Human Rights Watch said there is evidence the Chinese government made $3 million in additional purchases in relation to DNA testing, the Associated Press reported.

"Xinjiang is already an oppressive region with a high level of surveillance," Maya Wang, a researcher at Human Rights Watch, told the AP. "To collect even more information on a mass scale unrelated to criminal investigation opens the door for an even greater level of surveillance and control."'

State-sponsored DNA databases are generally used by law enforcement agencies as evidence for criminal prosecutions or to monitor past offenders. According to the AP, it usually compiles the genetic markers in each person, finding that either through samples of blood, saliva or strands of hair.

The news of a bulk DNA collection comes on the heels of Chinese authorities' multiple crackdowns on Muslims in the Xinjiang province. Chinese officials have accused Islamic militants and Uyghur separatists for bombings and knife attacks in the region. However, several Uyghur advocacy groups have disputed these allegations as a result of local grievances and not a wider plot to attack non-Muslims or the Chinese. Other human rights groups also said the political unrest in the northwest Chinese province is in response to draconian policies implemented by the government.

Some of these policies include a ban on beards for Muslim men and veils for Muslim women in public spaces. According to HRW, the Chinese government also banned Muslims from watching television. In June 2015, Chinese authorities prohibited Muslims from fasting and ordered Muslim shopkeepers to keep their businesses open during the monthlong fast of Ramadan.