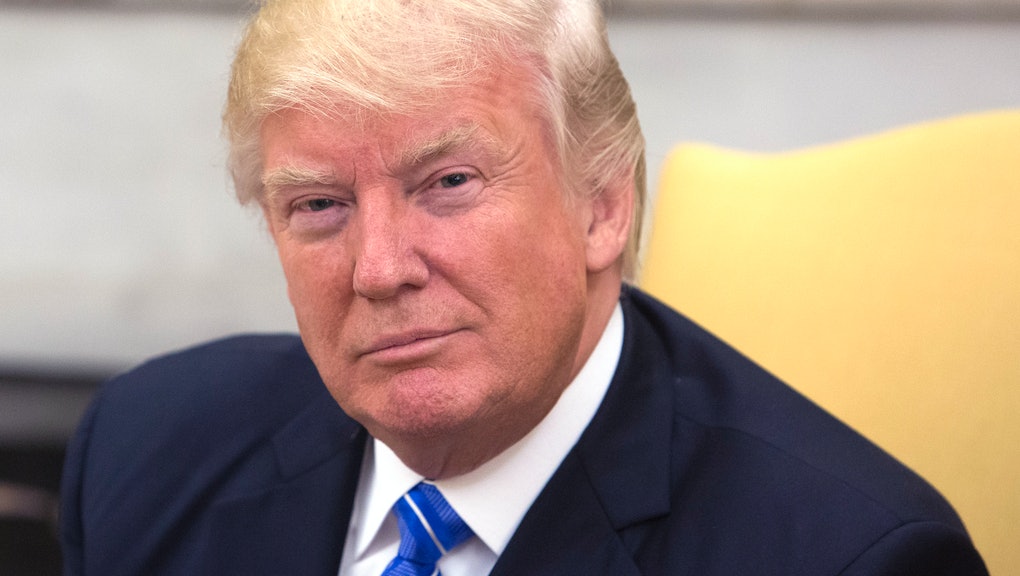 Trump may have discussed ISIS laptop threat with Russians

President Donald Trump on Tuesday fired off a series of tweets defending himself amid reports that he shared highly classified information during his meeting with Russian Foreign Minister Sergey Lavrov and Russian Ambassador Sergey Kislyak. According to the New York Times, the meeting had been personally requested by Russian President Vladimir Putin.

National security adviser H.R. McMaster called the original report about Trump's disclosures "false," according to the Washington Post. But the president's tweets are defiant, rather than a denial of the reporting.

Trump claimed on Twitter that he had the "absolute right" to share information about "terrorism and airline flight safety."

According to ABC News, U.S. security officials will meet with the European Commission in Brussels on Wednesday to discuss expanding an existing ban on carry-on laptops that applies to some Middles Eastern countries to include all flights from Europe to the U.S., due to concerns about threats that ISIS can plant explosives in laptops. Documented incidents include a Russian charter plane in Egypt downed by smuggled explosives in 2015 and a Somali airliner that had a hole blown in its side from a bomb within a laptop.

Bloomberg reported that the expected move to ban laptops and large electronic devices on flights from Europe to the U.S.  would be "one of the most disruptive new security restrictions since Sept. 11, 2001."

Former deputy administrator at the U.S. Transportation Security Administration John Halinski said that the proposed expansion of the laptop ban to flights originating in Europe is a response to thin bombs that can evade X-ray detection, according to Bloomberg.

The Independent reported that Laurie Price, former Aviation Advisor to the Transport Select Committee in the U.K., has said lithium batteries pose a lower fire containment concern in cabins as opposed to the hold, which is inaccessible during flights. The British Airline Pilots’ Association shares this concern, noting two specific crashes related to lithium batteries.

Nevertheless, the laptop ban is finding increasing support around the globe, with the Australian prime minister considering a laptop ban on certain international flights, according to the Telegraph.