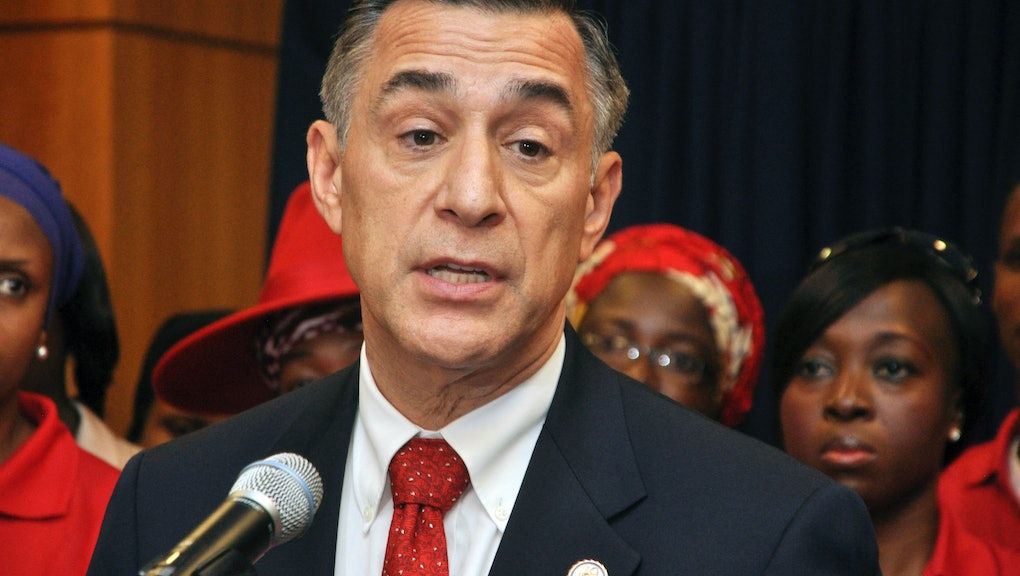 Since the news broke that President Donald Trump allegedly tried to kill the FBI investigation into former national security adviser Michael Flynn, reporters have been scrambling to get comments from Republicans on Capitol Hill. But some GOP elected officials really don't want to talk about it.

On Tuesday, the New York Times reported on the existence of a memo written by former FBI Director James Comey alleging that Trump asked him to let go of the investigation into Flynn.

On Tuesday evening, congressional Politico reporter Rachael Blade tried to get Rep. Darrell Issa (R-Calif.) to comment on the story. According to Blade, Issa declined to say anything to her—instead choosing to answer her with the ole' one-finger salute.

"I just asked @DarrellIssa abt the Comey news and he flicked me off — literally gave me the middle finger — and kept walking. Said nothing,"

Later Issa denied the incident in a pair of tweets.

Issa's reaction may have seemed vulgar, but his refusal to comment is not out of line with his colleagues' approach to this story.

The conservative cable news network Fox News reported that they were unable to get any Republicans to join their show to discuss the breaking news.

The White House, for it's part, is denying the allegations of the report, but I guess Republicans have learned to wait until the President's morning tweets to learn what the party line really is.