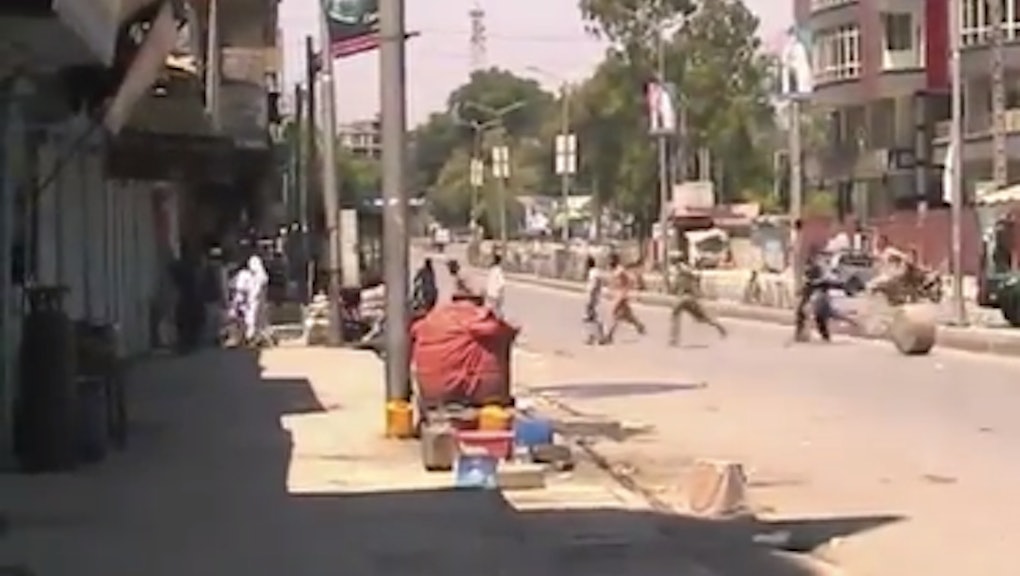 Multiple gunmen armed with suicide vests and AK-47s attacked Radio Television Afghanistan, a network in Jalalabad, on Wednesday morning, according to multiple reports.

In the ensuing gun battle, police say six people — including three of the attackers and one police officer — were killed and 16 more were wounded, according to Al-Jazeera. Police told Al-Jazeera that two of the attackers detonated their suicide vests.

Though no terrorist group has yet claimed responsibility for the attack, Al-Jazeera reported that Khorasan, a terror cell affiliated with the Islamic state group that's also known as ISIS, has been responsible for previous attacks in the Nangarhar province, of which Jalalabad is the capital.