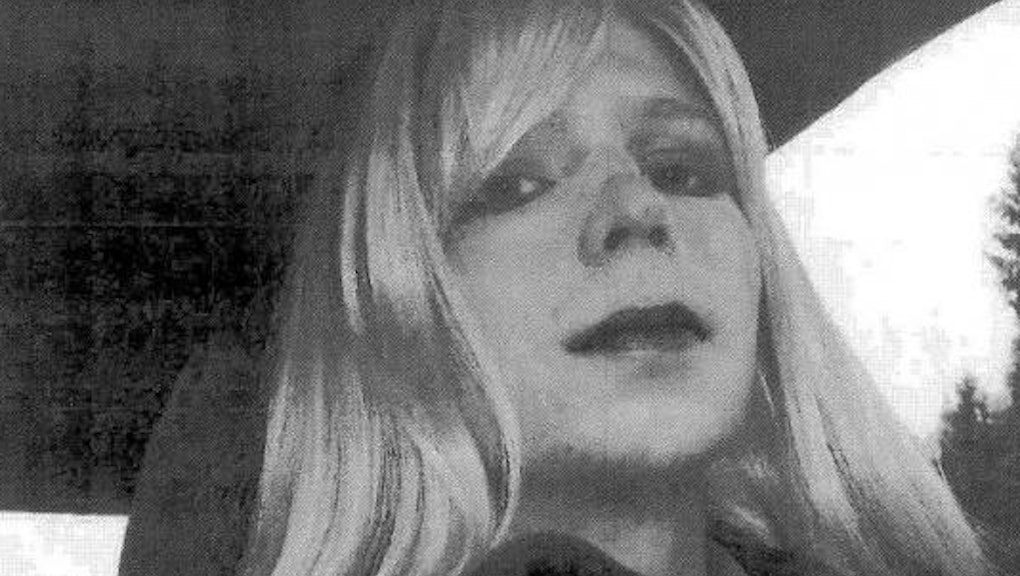 Report: Chelsea Manning has been freed from military prison in Fort Leavenworth

According to BBC News, a United States Army representative confirmed that Chelsea Manning has been freed from military prison in Fort Leavenworth, Kansas. She has served seven years of an unprecedentedly harsh 35-year sentence for leaking classified documents to WikiLeaks.

In February 2013, Manning pleaded guilty to 10 of the 22 offenses of which she was charged. Though she was acquitted of aiding the enemy — a charge punishable by death — she was convicted of 20 charges and sentenced to 35 years in military prison.

In one of his final acts as president, Barack Obama commuted her sentence to seven years from the day of her arrest in May 2010.

According to those closest to her, Manning is just as excited about what comes next in her life as she is nervous about what her future as a trans woman in America holds.

"Chelsea has been robbed of that right to have any semblance of control over her image," said Evan Greer, a close friend of Manning who has a weekly phone call with her, "I can say myself, as a trans person, those basic things like how I wear my hair and how I present myself are a huge part of how I define myself."

According to a GoFundMe page created by Chase Strangio, one of Manning's lawyers, she will head home to Maryland to be with her family after she leaves Fort Leavenworth.