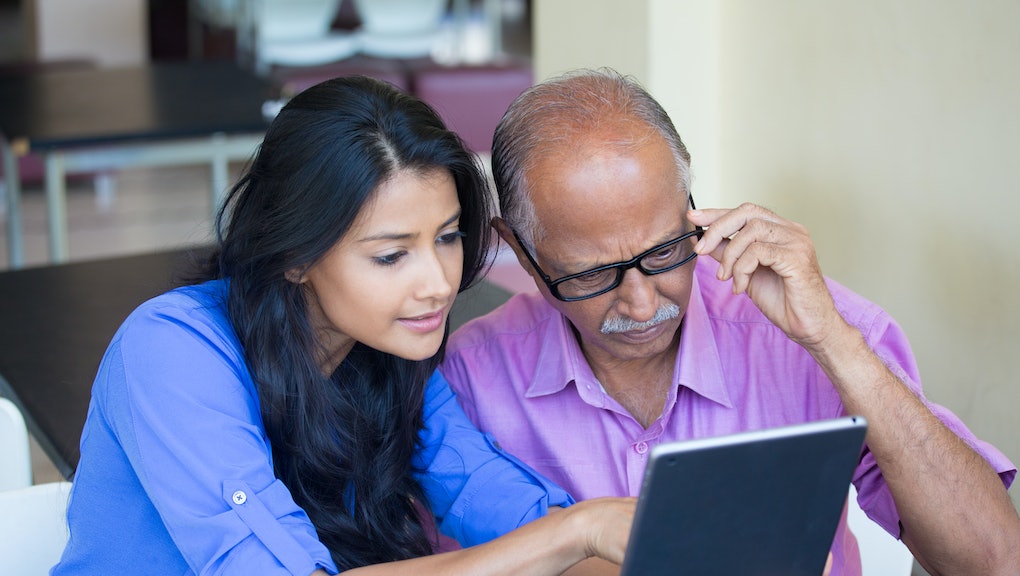 Imagine extraterrestrials landed on Earth and knew nothing about young people beyond what could be gleaned from millennial-shaming stories on the internet. What would they think? Might they view young adults as participation-trophy-seeking, avocado-toast-munching mooches expecting to live in their parents' basement forever? Probably.

But these stereotypes, a new survey suggests, might be even further from reality than you'd expect. Young Americans are actually more likely than older generations to believe financial independence should come very early — and pegged the ideal time for covering one's own cell phone, car and housing costs at a younger average age than did older respondents. That's yet another nail in the coffin for the millennials-are-entitled trope.

"For the most part we're ambitious," said Sarah Berger, a millennial-aged writer at Bankrate who worked on the survey, which included more than 1,000 U.S. adults. "At this age we're really eager to prove ourselves and be taken seriously, which goes hand in hand with being financially independent."

According to the survey results, millennials aged 18 to 36 said people should start paying their own phone bills at the tender age of 18 and a half. Compare that with Generation Xers — between 37 and 52 years old — who said it would be fine to wait until you're 19 before footing the bill.

Baby boomers (ages 53 to 71) and the silent generation (age 72 and older) were even more lenient, responding that it's cool for young adults to stay on their parents' phone bill until age 20; the oldest generation also said it was okay for parents to cover housing expenses up to an average age of 25, too.

Now, to be fair, older generations "might also have lower expectations because they've been through it and know how big those bills can be. So they might have a better sense of what's realistic," Berger added. What else might explain the stereotype-defying results?

There's a major difference between saying you should be financially independent by a certain age and actually achieving it, Berger pointed out. Almost half of millennials get financial assistance from their parents, according to a 2016 Fidelity study, with help on phone bills and clothes topping the list.

What's more, the net worth of 29- to 34-year-olds is still far lower than it was for people who were that age in 2007 and 2001, according to Bankrate, with student debt being one possible culprit. So it's entirely possible that young adults are simply being extra hard on themselves — setting a high bar despite, or perhaps because of, facing hurdles previous generations haven't.

Indeed, other research suggests young adults are trying their best: Eight in 10 millennials keep a budget, compared to just 61% of baby boomers, according to a recent study from TD Ameritrade. They're also more likely to have an emergency fund and have less credit card debt than their parents.

How to achieve financial independence

If your parents are helping you out with housing, phone bills or anything else, don't feel ashamed, especially if that assistance means you can start saving nice and early for important goals — like independence down the road, an emergency fund, and, crucially, retirement. Thanks to compounding interest, investing earlier is usually more powerful than simply investing more later.

Saving in multiple kinds of accounts can help hedge against future changes in your tax bracket: Young people in particular should consider supplementing their workplace retirement account with a Roth IRA.

As for super recent college (or high school) graduates? Berger suggests phasing in adult expenses instead of trying to take them on all at once. If you are living at home, consider making a monthly "rent" payment to mom and dad anyway, which they can tuck away to help with your eventual moving costs.