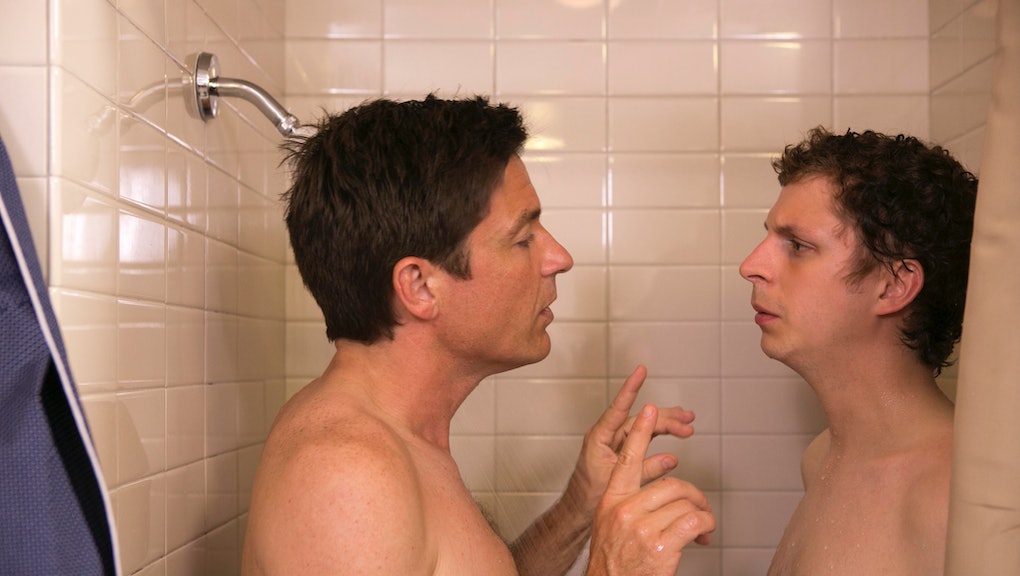 'Arrested Development' season 5 renewed — but is the cast actually going to film together?

Following literal years of speculation, Netflix confirmed on Wednesday news that seemed inevitable: Arrested Development is indeed returning for a fifth season. According to the Hollywood Reporter, the episodes will star the "entire series cast" and will air in 2018.

When the episodes drop, five years will have passed since Netflix first revived the former Fox comedy. At the time, season four was hotly anticipated as an exciting return to the Bluth family blunders. But the reception was notoriously mixed, with cast members defending the episodes against critical frustration.

Looking back, the core voice and heart of the original three seasons were present in season four — but there were a couple of fatal flaws that kept the revival from achieving its potential. Here are the three major pitfalls creator Mitch Hurwitz and his team will need to avoid in creating season five.

Cut down the length of episodes

Editing wasn't exactly Hurwitz's strong suit in season four. Some of the episodes were way too shaggy, lasting upwards of 30+ minutes. In comparison, the original series' episodes were all a tight 22 minutes once commercials were subtracted from its half-hour time slot.

That more leisurely pace really bit Arrested Development in the ass, as jokes that would have worked in the old format were given too much room. Previously, Arrested Development challenged its audience to keep up with all its visual gags and callbacks; in season four, it languished on the simplest jokes for way too long. Hurwitz needs to keep the season five episodes snappy and smart to return the show to its former glory.

Don't get too cute with the Netflix factor

Arrested Development season four couldn't stop reminding viewers that it was on Netflix. The show even mocked Netflix's fast-forward and rewind functions with on-screen graphics as it told its story out of order. The aim, seemingly, was to use Netflix's binge-ability to create a different kind of show. To say that this flopped would be an understatement.

Hurwitz understood pretty quickly how poorly the non-chronological form worked, and even announced an edit of the season that fixed the timeline. (As far as we're aware, that edit has never actually aired.)

Get the cast in the same room

This is not rocket science: If your show is an ensemble comedy, try to actually get that ensemble into the same room.

Season four split the Bluths up, with each character mostly acting in his or her own stories and rarely intersecting with co-stars. Hurwitz seemed to be trying to squeeze some lemonade — a Rashomon-esque storytelling style that gave the characters focus episodes — from the lemons of his cast's lack of availability. Only one scene, a discussion in the Bluths' living room that was revisited in multiple episodes, featured the entire cast.

The result was stilted, even requiring a green screen to get certain characters together. More than any other issue on this list, this is the most pressing to fix. Luckily, there's hope: Buster Bluth himself, Tony Hale, said the cast availability issue would be addressed in season five. Fingers crossed he's right.