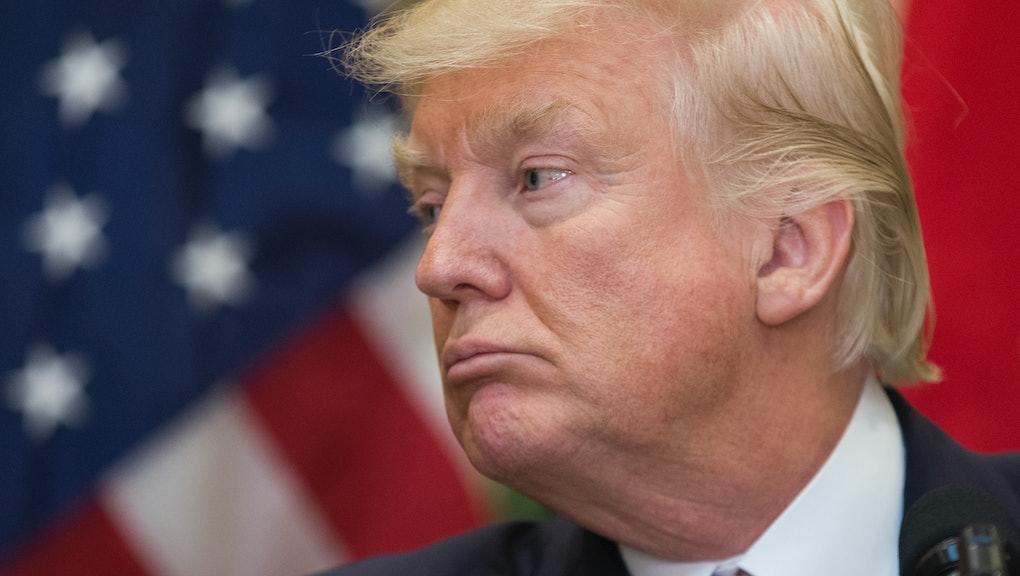 The specter of impeachment has been raised against President Donald Trump, after news dropped Tuesday night that Trump once asked then-FBI Director James Comey to end the investigation into then-national security adviser Michael Flynn.

But impeachment is a lengthy process that's only happened twice in all of U.S. history. And it doesn't even guarantee a president's downfall.

Here's why impeachment is such a complicated process.

Impeachment is the process by which Congress can oust a president before their term expires. Impeachment is akin to a criminal trial for an average American.

In the impeachment process, the House plays the role of a grand jury. Just like how a grand jury votes to indict someone on criminal charges, the Constitution gives the House the power to file charges against the president, known officially as articles of impeachment.

The Constitution deems impeachable offenses to be "treason, bribery or other high crimes and misdemeanors." A simple majority of House members can vote on whether to approve an article of impeachment.

In Trump's case, Democratic lawmakers say Trump's attempt to end the FBI's investigation amounts to "obstruction of justice" — and would seek impeachment on that charge.

If the House impeaches a president, the process then goes to the Senate, which acts like the jury in a criminal trial.

The Senate gets to hear the trial, and then decide whether to remove — i.e. convict — the president. Removal requires a two-thirds majority.

Why it's hard to do

While a handful of House Democrats — including Reps. Maxine Waters of California and Al Green of Texas — have called for Trump's impeachment, Democrats have no actual recourse to file.

That's because Republicans control the House, and thus have the power to decide what makes it to the House floor.

And so far, just one Republican has used the "i" word — Rep. Justin Amash of Michigan, who said Wednesday that obstruction of justice amounts to an impeachable offense.

But Amash — a tea party Republican who has been known to vote against his party — is hardly a bellwether indicator of Republican sentiment on Capitol Hill, as NBC News political reporter Benjy Sarlin noted in a contextualizing tweet.

Speaker Paul Ryan, who wields control over House Republicans, said Wednesday at a news conference that it's too soon to discuss drastic measures against Trump.

"We need the facts," Ryan said.

Even if Trump were impeached, two-thirds of the Republican-controlled Senate would then have to vote to remove him — something that's never happened in all of U.S. history.

In fact, only two presidents have ever been impeached — Presidents Andrew Johnson and Bill Clinton. And both were acquitted by the Senate.

President Richard Nixon was never officially impeached, as he resigned from office before the House could vote to impeach him.

At the end of the day, Republicans are loyal to their base: A Quinnipiac University poll released May 10 showed 82% of Republican voters were happy with the job Trump was doing.

With a percentage that high, it's unlikely the nearly 200 Republican House members in safe Republican districts would move to launch what amounts to a trial against Trump.

Of course, that support could erode. But for now, impeachment proceedings remain a long shot.