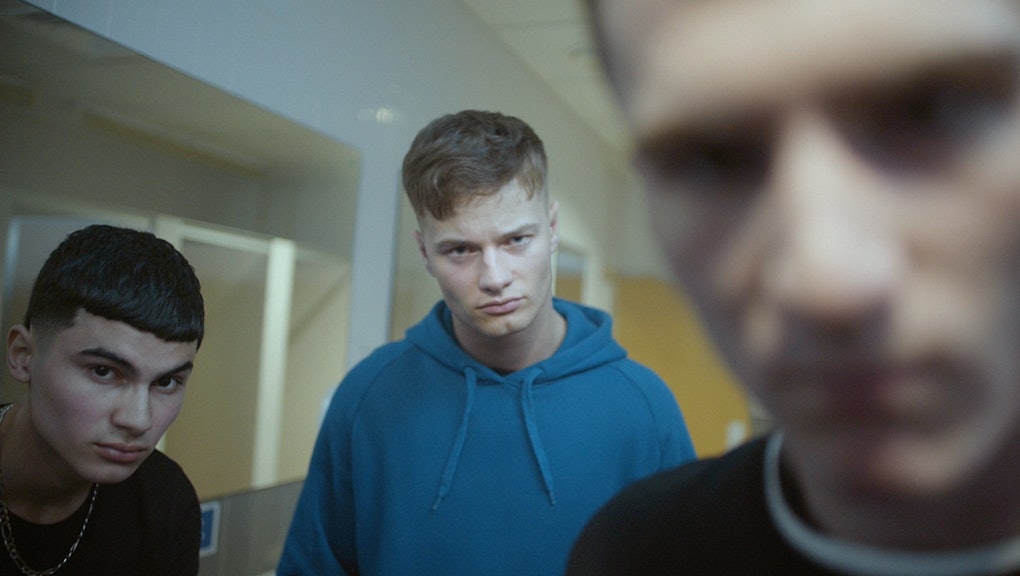 Axe's latest campaign shows why fragile masculinity is even more repellant than B.O. could ever be

After asking guys to consider ditching the macho shtick in 2016, Axe body spray, the number-one men's fragrance brand in the world, is back at it again, this time addressing the never-not-topical conversation of fragile masculinity.

Beginning with the statistic that 72% of guys have been told how a "real man" should behave, the new campaign — titled "Is it ok for guys..." — deals with a number of questions asked by many men, but openly discussed by few.

"Last year the brand came out with a new point-of-view on how we define confidence through self-expression," Rik Strubel, Vice President of Axe, said in an interview.

He continued: "Over the past year and a half, the community really embraced this message, but we knew we had to do more. We looked to uncover the challenges and pressures young guys face today so we partnered up with non-profit organization Promundo to do some research on this topic. We knew that young guys are struggling with their own masculinity, but their research on the 'manbox' gave us a good picture of how these rigid expectation of manhood manifest today. We want to challenge narrow definitions of manhood to help guys live more freely."

The topic of fragile masculinity is fresh on the mind of many folks just days after the controversial RompHim (a romper for men) Kickstarter campaign went viral.

It's conversation that regularly makes the rounds in fashion and beauty, what with the constant gendering of products. "Masculinity is so fragile, there's actually a laundry detergent for men," Mic's Hayley Wilbur wrote back in August, thanks to one company's specially designed "detergent for men." There's also sunscreen for men and "mansize" tissues — whatever that means.

And it's an issue hardly contained to the style space. Brogurt and Brosé are just a few of the food products specifically targeted at men for no obvious reason outside of targeted marketing.

Thankfully, ads like this help to bring visibility to the conversation and explore the pervasive stigmas behind this.

"Our aim is to create a healthier, more equal world by reaching men and women with this message," Strubel said. "In addition, we are providing resources through our non-profit partners to help guys because when a guy is free to be himself, he’s less likely to perpetuate unhealthy thoughts and behaviors."

Check out the full spot below: