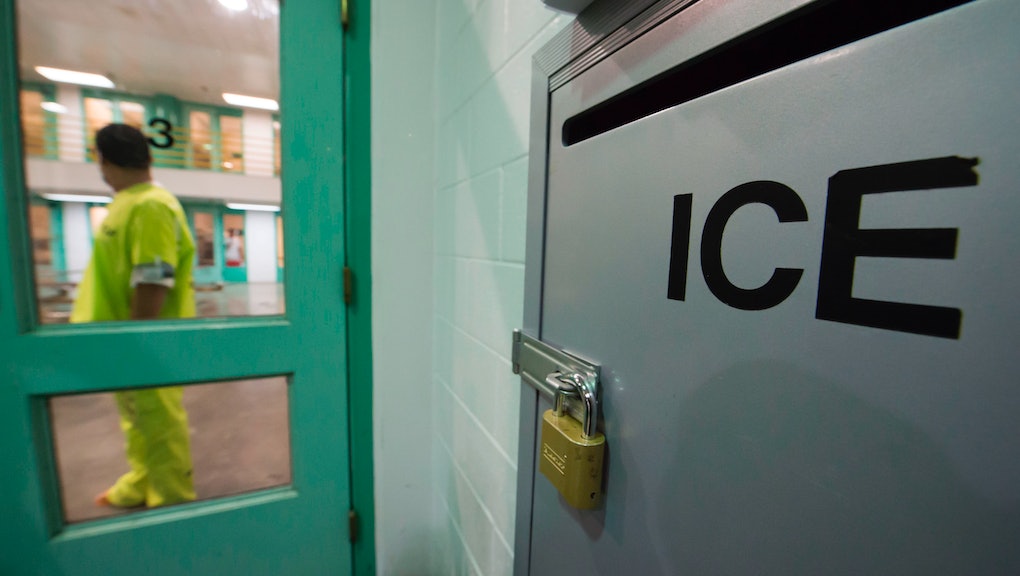 Under Trump, US immigration arrests are up 38% from last year

More than 41,000 undocumented immigrants have been arrested in the 100 days since President Donald Trump issued executive orders ramping up enforcement of immigration procedures, U.S. Immigration and Customs Enforcement announced in a Wednesday press release.

According to the agency, that number reflects an increase of 37.6% over data from the same period in 2016.

ICE Acting Director Thomas Homan said the immigration crackdown was part of a larger effort to focus on "threats to public safety and national security," but added that law enforcement would not hesitate to detain undocumented individuals without criminal records, as well.

"When we encounter others who are in the country unlawfully, we will execute our sworn duty and enforce the law," Homan said in the press release. "As the data demonstrates, ICE continues to execute our mission professionally and in accordance with the law, and our communities will be much safer for it."

Indeed, whether intentional or not, the renewed vigor of immigration officials' efforts has had huge implications for scores of individuals whose only criminal infraction is their undocumented status.

According to reporting from USA Today, 92% of people arrested by ICE during Obama's final year in office had criminal records. Thus, there's been a marked uptick this year in the number of detained individuals with no criminal histories.

Of the recorded arrests of undocumented individuals who did have criminal records, charges ran the gamut from sexual assault to drug-related charges to homicide.