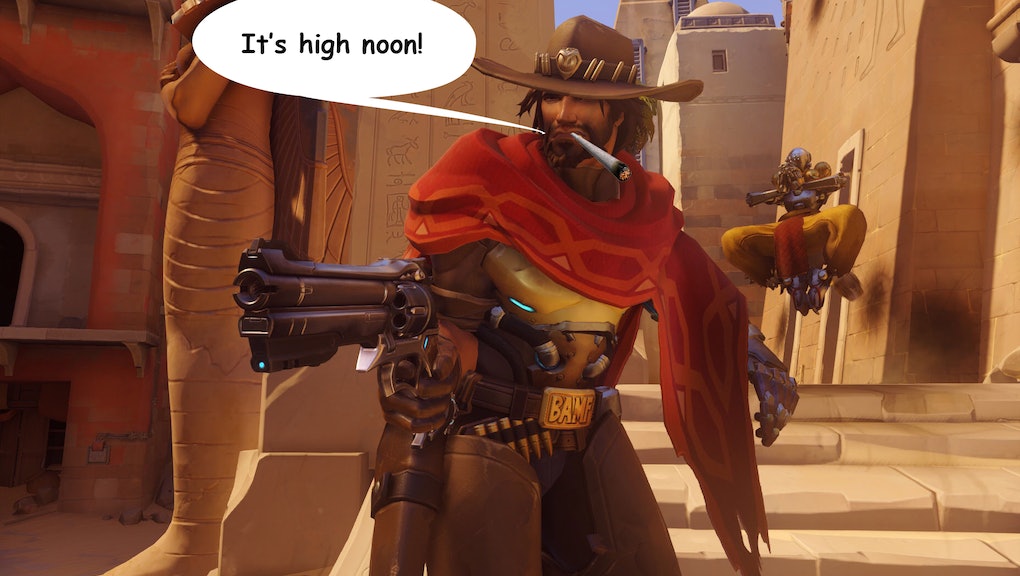 A year ago, 'Overwatch' launched at exactly 4:20 — but not for the reason you might think

On May 24, 2016, Blizzard's now wildly popular multiplayer shooter Overwatch launched at exactly 4:20 p.m. Pacific — but for those of you hoping this was some kind of secret pro-kush demonstration, we're sorry to let you down. It was just a silly coincidence.

In fact, the plan was to launch 20 minutes earlier, but a last-minute hiccup pushed the official launch back just a tad — and, in the process, forever tied Overwatch's anniversary to the infamous weed-smoking holiday.

At a press event in New York City, Blizzard gave Mic and other media outlets a preview of what to expect from the Overwatch anniversary event. During a brief question-and-answer section with Overwatch director Jeff Kaplan, one journalist asked whether things went smoothly a year ago during Overwatch's launch — and they did, up until the very last second.

"I'm about to get looks from [Blizzard's PR people,] but we were scheduled to launch at 4 p.m. Pacific, which meant that we launched at 4:20 Pacific time," Kaplan said with a laugh. "Like, that's a weird coincidence that someone's going to draw some deep conclusions from."

So, what was the hold up?

"Our tech director Mike Elliott started a strike team a year before launch, [with the goal] that Overwatch was going to have the most stable launch of modern history of Blizzard games," Kaplan said. "And he was extremely successful with that."

But then, when launch time was imminent, Blizzard discovered something it hadn't fully addressed. There were a handful of accounts — "less than 1%," according to Kaplan — from Overwatch's beta period that hadn't had their progress wiped for the official launch.

"We caught it in the eleventh hour, and fixed it," Kaplan said. "And it took us 20 minutes to get that fix online."

So, overall, it sounds like Overwatch had a strong start — once they cleared out all that smoke, of course.