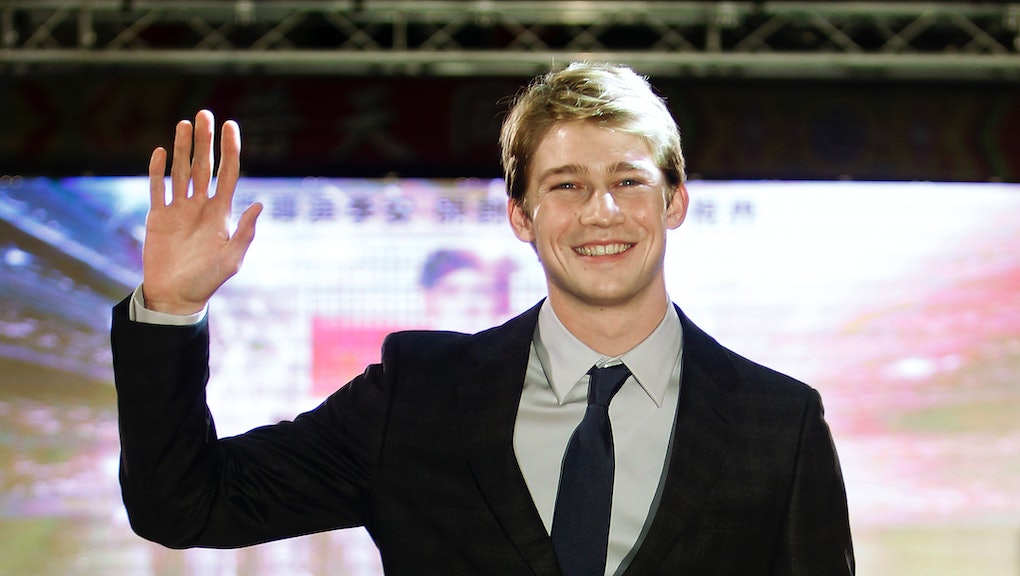 If Joe Alwyn, Taylor Swift rumored boyfriend, looks familiar, here's where you might know him from

Throughout 2017, Taylor Swift has kept a very low profile. No new music, few public sightings and no romance reports.

Well, that all came to an end on Tuesday when The Sun broke the news that Swift is rumored to be dating someone: British actor Joe Alwyn.

Unlike most of the singer's previous boyfriends, Alwyn isn't a household name, but some may recognize him. He starred alongside Kristen Stewart in 2016's Billy Lynn's Long Halftime Walk, directed by Ang Lee. In fact, that's the only thing fans may know him from as it was his feature film debut.

Alwyn's second film, The Sense of an Ending, came out in March. He's also slated to appear alongside Emma Stone in The Favorite.

The pair has reportedly been dating for months now, with Swift seeing Alwyn clandestinely. Swift has been renting a home in North London and The Sun's source says they're very serious. Since Swift's romances always tend to be so public, they're keeping things on the down-low for now.

Swift has had other British boyfriends, so perhaps she's over American guys. Alwyn follows in the footsteps of Harry Styles, Calvin Harris and, of course, Tom Hiddleston, who was her most recent fling.

The Sun reports that she's been able to move around London unseen by paparazzi and fans because she's been wearing wigs, disguises and a lot of scarves and hats.

Taylor Swift: singer, songwriter and the new master of disguise.