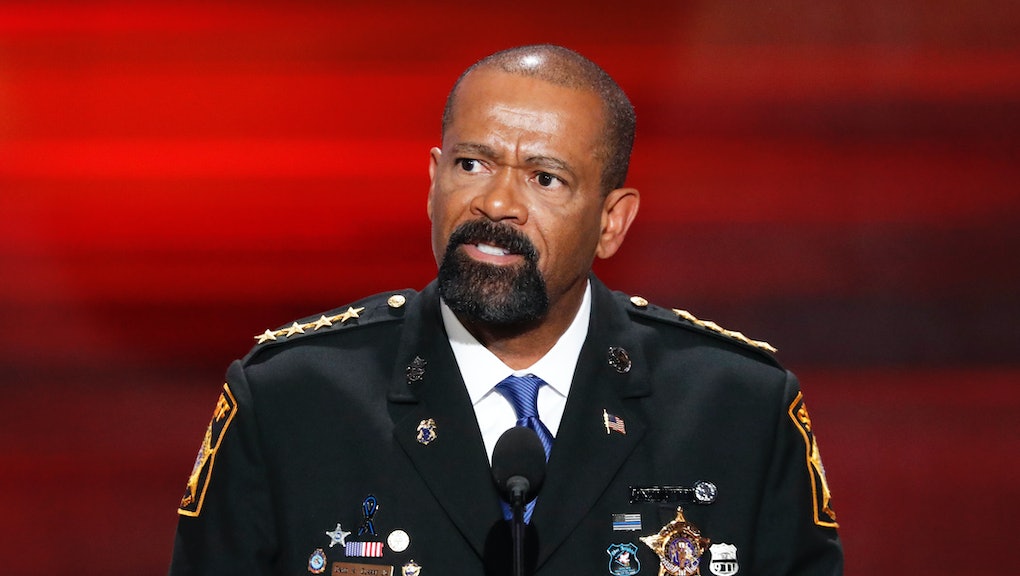 Milwaukee County Sheriff David A. Clarke Jr. said Wednesday he will leave his local law enforcement job to join the Department of Homeland Security as an assistant secretary, the Milwaukee Journal Sentinel reported.

Clarke said that in his new role in the Office of Partnership and Engagement, which does not require Senate confirmation, he will "take complaints of shortcomings in the Department of Homeland Security."

The Department of Homeland Security, however, said in a tweet that "no such announcement w/ regard to the Office of Public Engagement has been made" — making it unclear whether Clarke is actually joining the administration.

Clarke is a controversial figure. In an op-ed in July, he declared Black Lives Matter "the enemy." And he oversaw a jail that saw an inmate die of dehydration in April 2016, after staffers shut off the water for a week as punishment.

Clarke has been critical of U.S. institutions, including the Department of Justice, declaring in a tweet shortly before the presidential election that it was "pitchforks and torches time" — suggesting violent action against the government.

Clarke is known for his inflammatory twitter feed, from which he attacks everyone from Barack Obama to Hillary Clinton, whom he calls "Mrs. Bill Clinton."