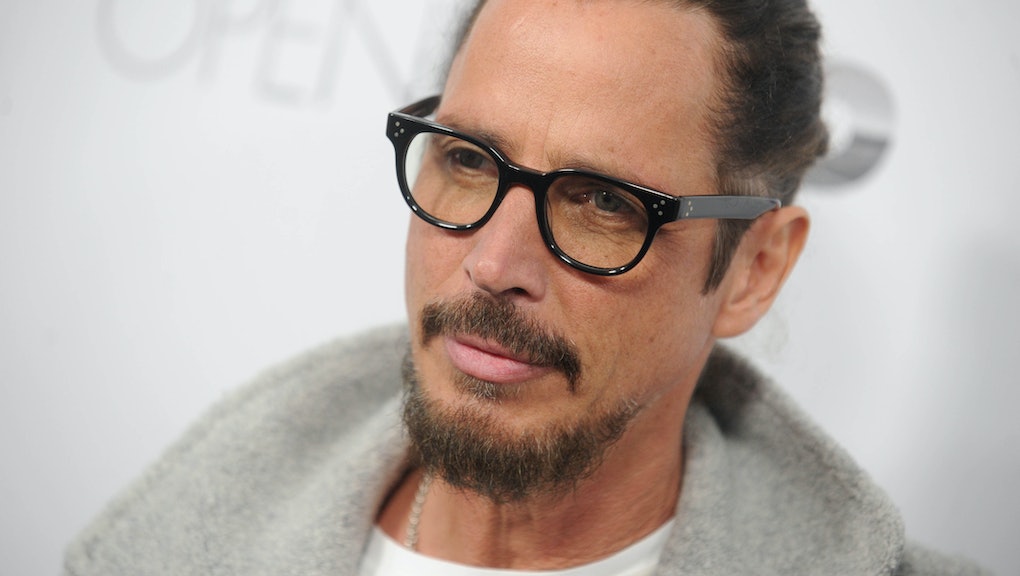 Listen to 11 Chris Cornell songs from Soundgarden, Temple of the Dog and Audioslave

With a nearly four-octave range and a keen ear for melody, Chris Cornell looms large in rock 'n' roll history. As frontman for Temple of the Dog, Soundgarden and Audioslave and author of an extensive solo catalog, the grunge icon's sudden death Thursday at the age of 52 is a stark reminder of how few true rock icons we have left.

Without a doubt, most listeners will turn to Cornell's biggest hits to remember his heaven-splitting voice, "Black Hole Sun" chief among them. That feels a mighty disservice to a man who pushed rock boundaries for over 30 years. For those looking to experience the true range of his songwriting and vocal capabilities take a scroll down and pay homage to an icon.

The lead track off Soundgarden's debut album, "Flower" gives a self-contained view of many of Cornell and the band's distinctive characteristics. Its meditative opening is a perfect introduction to the band's early fusion of psychedelic pop and protometal. Cornell keeps himself surprisingly subdued on the hook, though it fits the track's more trance-inducing vibe.

3. "Slaves and Bulldozers" by Soundgarden

On this Ben Sheppard co-written track, Cornell flaunts what are essentially three distinct voices — his low, doomy croon, his energized mid-range howl and his powerful overdriven screech. Cornell was three separate frontmen in one. It's ridiculous.

According to Thayil, the idea to detune the guitars and filter them through a wah wah to get that hollow warped sound was all Cornell.

"It was Chris's idea; he wanted to get that weird tone that you can't really dial in on an amp," Thayil once said in a 1994 Guitar School article. "But if you use the wah wah as a filter, it gets an incredibly weird sound. And if you listen to that riff, especially if you've heard the original demos of it, it almost sounds backward."

5. "Four Walled World" by Temple of the Dog

In 1991, Cornell put together Temple of the Dog as a one-off project to honor his friend, Andrew Wood, lead singer of Mother Love Bone, who passed in 1990. The project included two members of Mother Love Bone, Stone Gossard and Jeff Ament, who along with Temple of the Dog's lead guitarist, Mike McCready, would both go on to tremendous grunge success as the core of Pearl Jam, along with Eddie Vedder.

6. "Hunger Strike" by Temple of the Dog

Vedder was present during one of the band's rehearsals and took a shot singing "Hunger Strike" and completely nailed it. It was eventually recorded as a duet between Cornell and Vedder. "He sang half of that song not even knowing that I'd wanted the part to be there," Cornell said during a 1991 interview with KISW 99.9 FM: Seattle. "He sang it exactly the way I was thinking about doing it, just instinctively."

Cornell originally wrote "Say Hello 2 Heaven" specifically to honor Wood, but it's spoken to countless mourners since. "The amount of times someone has requested I play that song for someone else who's died have been numerous," Cornell told The Independent in 2016. "That's great that it's become this anthem that makes somebody feel some comfort when they've lost someone, but recently I've become a little more possessive of the idea that this song was actually written for a specific guy, and I haven't forgotten that person. So I've been reminding myself and those in the audience where that song came from."

One of the key songs to launch Cornell into the mainstream, "Spoonman" peaked at No. 3 on the Billboard mainstream rock chart. The song was inspired by Artis the Spoonman, a popular street performer from Seattle who plays percussion with spoons and other metallic miscellany that Cornell identified with after watching him play. Artis appears on the song, playing a spoon solo during the song's bridge, backed by Soundgarden drummer Cameron on pots and pans.

9. "Fell on Black Days" by Soundgarden

Written by Cornell, the riff is in the relatively atypical 6/4 time signature, which the band claims was a total accident. Cornell detailed the lyrics in a 1994 interview with Melody Maker:

"Fell on Black Days" was like this ongoing fear I've had for years ... You're happy with your life, everything's going well, things are exciting — when all of a sudden you realize you're unhappy in the extreme, to the point of being really, really scared. There's no particular event you can pin the feeling down to, it's just that you realize one day that everything in your life is FUCKED!

The words carry a particular gravity today considering the Detroit police's investigation into Cornell's death as a possible suicide.

Cornell's last full recording was his 2015 solo album Higher Truth. It's warmer, more intimate and far more welcoming than the majority of his past catalog. On the album's first single, he winds some of his characteristic existential poetry, mourning for a doomed love that never would have lasted, only to steal himself, plucking himself out of his misery to "go round again."