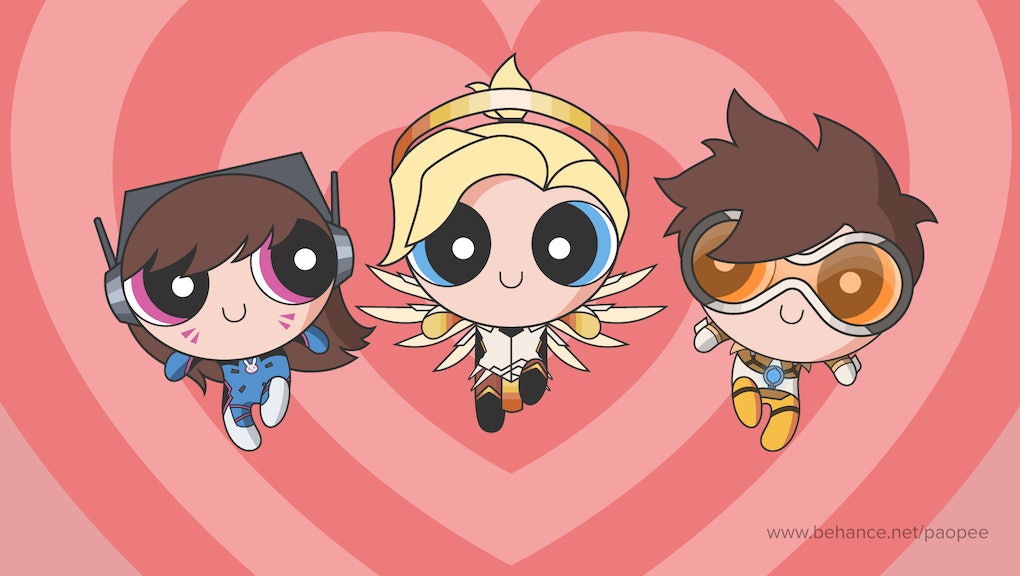 We know, we know — all you want right now is the latest news about the Overwatch Anniversary event, but hear us out. We've got some pretty incredible Overwatch-Powerpuff Girls mash-up fan art you're going to want to check out.

We'll give you one guess who's been cast as the villainous monkey, Mojo Jojo.

Overwatch art reimagines its characters as the Powerpuff Girls

All these illustrations come courtesy of Reddit user itshoax, who has been uploading their work to /r/Overwatch in recent weeks. Here's a GIF that shows how the illustration at the top of this article came to life over time:

After the above illustration exploded on Reddit — it has over 16,900 upvotes — itshoax started taking requests from the community for what Overwatch characters they wanted to see powerpuffed next. The choice was pretty clear: Winston as Mojo Jojo, the Powerpuff Girls' arch nemesis.

Itshoax responded pretty quickly, saying there were already plans to make that happen. Watch how he came to life:

Then, it came time to integrate Winston into a movie poster-style design, looming over The Overwatch Girls. (Keep your eyes peeled for a cameo from Sombra in the GIF below.)

And here's the final result:

So, which characters are next? Soldier: 76 as Professor Utonium? Reaper as HIM? Itshoax wants to do it all, eventually.

"I'm planning to do a Reaper poster next and probably the whole Overwatch cast if possible, and then I'm moving to another theme," itshoax told Mic via Reddit private message. "I just love doing fun Illustrations that make people happy when they see them."

Here's a final bonus illustration: Torbjörn as the Mayor of Townsville and Symmetra as Sara Bellum.

If you like these, check out itshoax's Patreon page here.