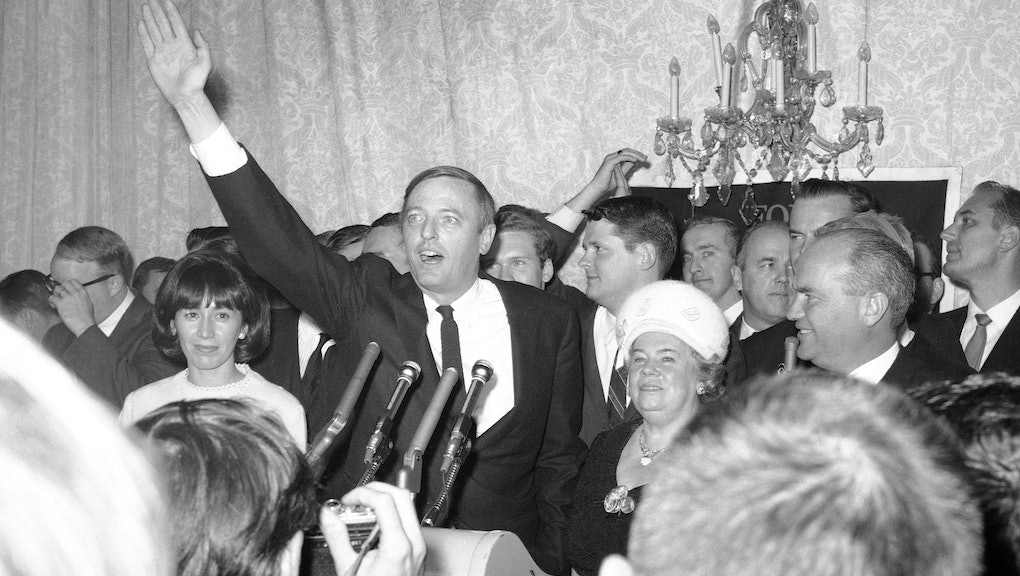 Disgraced former-Fox News president and CEO Roger Ailes died Thursday, marking what many saw as the end of an era for conservative journalism.

Ross Douthat, a columnist for the New York Times, marked the occasion by waxing nostalgic about a time before Ailes turned Fox News into the standard-bearer for shrill right-wing punditry it is today.

"Two eras in conservative journalism in this country: the Buckley era and the Ailes era," Douthat tweeted. "May the next one be more like the first."

Douthat was referring to William F. Buckley Jr., the conservative author and commentator who founded the National Review magazine in 1955. Here is Buckley — who died in 2008 — writing about Jim Crow in 1957:

The central question that emerges ... is whether the white community in the South is entitled to take such measures as are necessary to prevail, politically and culturally, in areas in which it does not predominate numerically? The sobering answer is "yes" — the white community is so entitled because, for the time being, it is the advanced race. It is not easy, and it is unpleasant, to adduce statistics evidencing the median cultural superiority of white over negro. But it is a fact that obtrudes, one that cannot be hidden by ever so busy egalitarians and anthropologists. The question, as far as the white community is concerned, is whether the claims of civilization supersede those of universal suffrage.

This is a fancy way of saying, among other things, that white Southerners had the right to prevent black people from voting because black people were culturally inferior to them.

It was not the only time Buckley endorsed such a position. He was also a frequent apologist for the apartheid government in South Africa, framing it as necessary for white survival in the region. His magazine regularly published racist screeds.

Buckley backtracked on his opposition to black civil rights later in life. But his legacy as a racist remains inseparable from his success as a conservative pundit — and from the continued success of much conservative media today. In fact, Buckley's views would not be out of place on the Fox News Ailes left behind, where flagrant racism and antipathy toward black civil rights protest are still routine.

The difference that Douthat is likely referring to lies in how these views are presented. Fox News, under Ailes, was blunt and often crass in articulating its worldview. Buckley shrouded his in a veneer of intellectualism and erudite posturing, punctuated by public debates with the likes of James Baldwin and Gore Vidal.

But to romanticize one approach over the other depends more on aesthetic preference than actual content. Bigotry is bigotry, no matter how you cut it. And Douthat's preference says more about him than it does about conservative media.