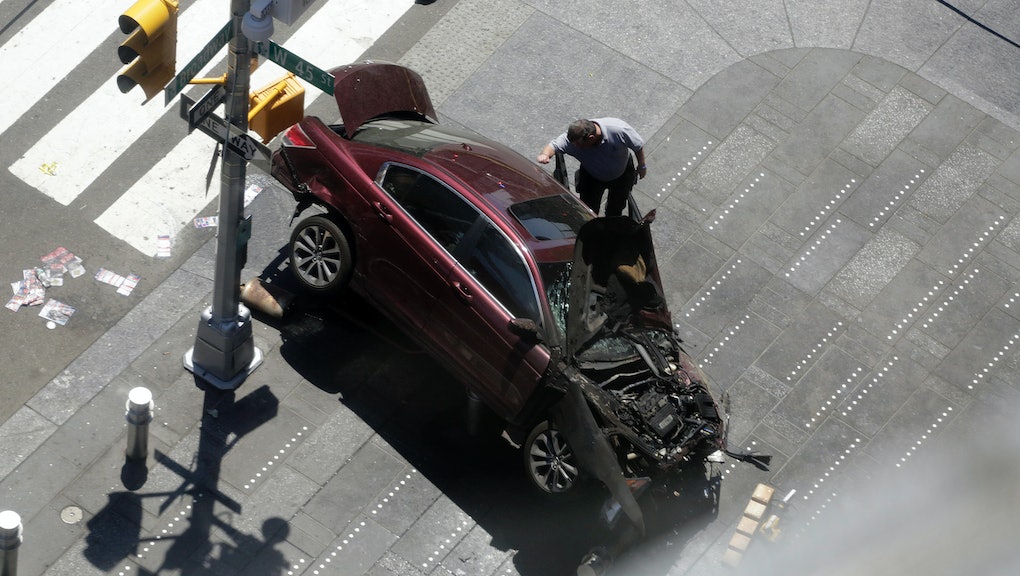 One killed, 22 injured after car plows through Times Square sidewalk

According to ABC News, police say an 18-year-old woman was struck and killed by the car and 22 were taken to nearby hospitals. One of those injured was the 13-year-old sister of the woman who was fatally struck.

NYPD announced the name of the driver as 26-year-old Richard Rojas.

NYC officials told ABC News that the incident was likely an accident. Reuters reported that the New York Police Department closed off the area shortly after the incident. The NYPD later tweeted that they had arrested a man in connection with the collision, which they characterized as "an isolated incident."

Witnesses at the scene said the car was driving the wrong way before it struck pedestrians, Fox News reported.

Shortly after the crash, the FDNY tweeted there were 13 patients at the scene and referred to the incident as an "accident," as well.

After visiting the scene, Cuomo issued a statement saying the incident was "nothing short of horrific."

NBC News reported that Rojas multiple prior arrests and the Associate Press reported that he was tested for alcohol after being removed from the car.