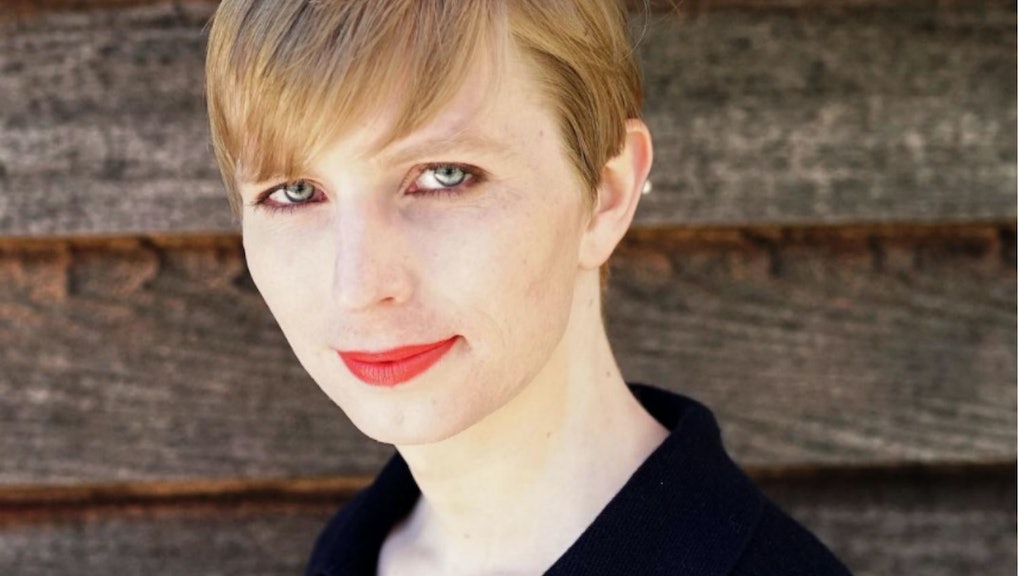 The wait is over.

On Thursday afternoon, Chelsea Manning, who was released from prison on Wednesday after serving seven years of an unprecedented 35-year sentence, shared a picture of herself with the world.

"Okay, so here I am everyone!" Manning wrote on Twitter.

In an earlier interview with Mic, Evan Greer, a confidante of Manning's, said that public perception of Manning, a transgender woman, was altered without an up-to-date picture.

"Chelsea has been robbed of that right to have any semblance of control over her image," Greer said. "I can say myself, as a trans person, those basic things like how I wear my hair and how I present myself are a huge part of how I define myself."