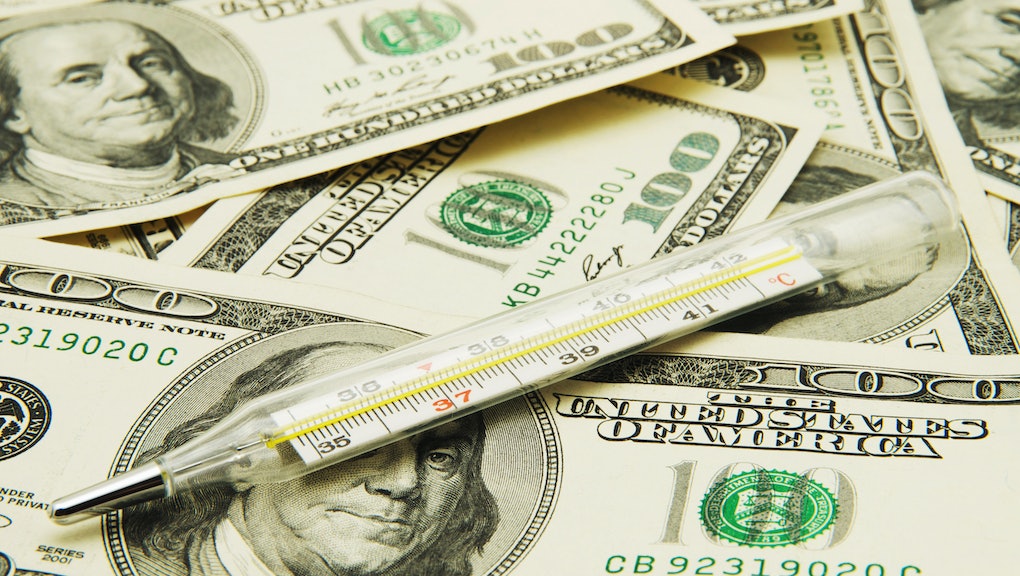 Cash is even grosser than you knew: Dangerous bacteria survive on paper money, study finds

Studies have long shown that money is pretty damn gross. Scientists have found all kinds of icky stuff on our cash, from mold to the flu virus to feces and even cocaine, as a recent Scientific American argument for going cashless points out. Handling less paper money — like the Swedes do — clearly has advantages in terms of convenience. But, until recently, there hasn't been such definitive proof that physical cash can actually make people sick.

Now, a new paper has found that the bacteria on money might be more dangerous than we thought. Concerned with the increasing prevalence of antibiotic resistant strains of bacteria, Dr. Jun Li and researchers at the University of Hong Kong wanted to test whether bacteria could actually grow on money, as opposed to just surviving. And what the team found will almost certainly have you reaching for the Purell.

Bacteria actually love money, according to the study, recently published in the journal Frontiers in Microbiology. To test their theory, researchers scraped samples from Hong Kong bank notes and grew them in a lab so they could test them for their bacterial presence.

And what did they find? Bank notes were found to have more kinds of bacteria on them than people's hands, the air you breathe in the metro, drinking water and even marine sediment.

In other words, money is a bacteria party, and everyone is invited. That would include potentially deadly types of bacteria like E. coli and the bacteria that causes cholera, plus — perhaps more distressingly — antibiotic resistant strains of bacteria, sometimes known as superbugs.

"In short, bank notes act as a medium 'absorbing' bacteria from other environments and the potential pathogens live quite well on the bank note surface," Jun said in a press release about the study. "The high amount of antibiotic-resistance genes found from the banknotes is considerable and can potentially lead to the circulation of antibiotic resistance to humans."

To be sure, the kinds of bacteria you find on a U.S. dollar might be different. Money varies wildly from country to country. Hong Kong's bank notes are 100% cotton, for example, while the Greenback is a mix of 75% cotton and 25% linen. And, though similar amounts of bacteria have been found on coins, these were also found to be less harmful, if you want to try paying for everything with quarters from now on.

Hong Kong is also one of the most densely populated places in the world. Other studies have found that richer countries tend to have cleaner money, although that same study also found that American money was dirtier than the bills in Australia and Canada.

The Hong Kong researchers said they hope that their findings will inspire governments to move more swiftly toward going cashless, which offers both economic and public health benefits. They also write that, in the meantime, it might help to disinfect the money supply every once in a while.