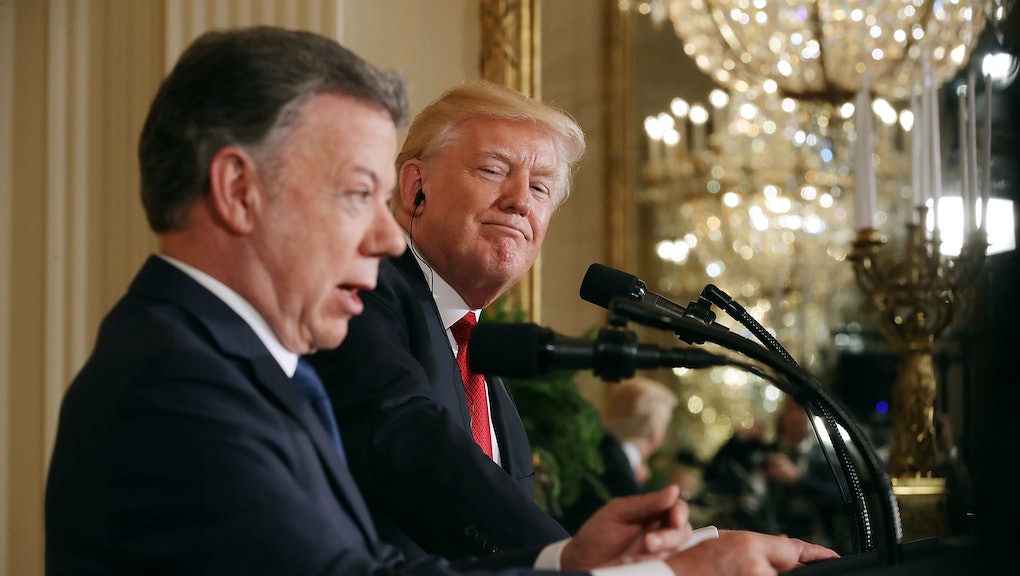 President Donald Trump has been in the White House for 119 days, and in that time frame world leaders say they've cracked the code to keeping his interest: Praise his Electoral College victory.

That's according to a report from the New York Times, which, ahead of Trump's nine-day journey through the Middle East and Europe, spoke to foreign officials and Washington, D.C. consultants about how world leaders can best work with Trump.

Aside from praising his Electoral College victory, which Trump has shown himself to be obsessed with, flattering Trump by saying he's better than former President Barack Obama is another winning route to keeping Trump's attention, the Times reported.

World leaders are also advised to keep their interactions short, and not to come into conversations assuming Trump knows their country's history or challenges the country faces.

All of these tips come as Trump reluctantly heads abroad, escaping the comfort of the White House and properties that bear his name in order to visit some of the world's most famous holy sites in Israel and Italy, as well as a trip through Saudi Arabia where he is slated to give a speech about the state of Islam.

Trump's team is worried that he won't do well with the time changes, foreign cuisine and unfamiliar accommodations. Saudi Arabian officials are going as far as serving Trump steak with ketchup — one of his favorite meals — to keep him happy, according to a report from the Associated Press.