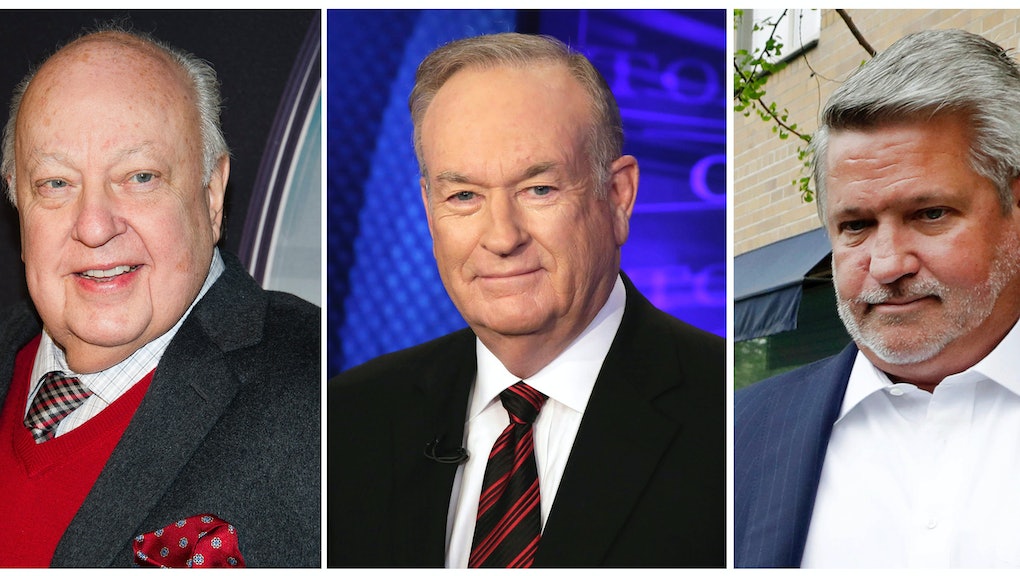 "The downside of [technology] is turning us into a nation where hatred is almost celebrated in some quarters," O'Reilly wrote in USA Today. "Roger Ailes experienced that hatred and it killed him. That is the truth."

Ailes and O'Reilly were both ousted from Fox News this past year amid accusations that they'd sexually harassed multiple female coworkers. The fallout has cost the company millions of dollars in legal fees and settlements and generated widespread antipathy toward both men.

But considering the tough-talking, anti-political correctness brand Fox News has tried to build, it's ironic that, in O'Reilly's opinion, Ailes might have been too sensitive to handle the backlash — especially to the point that it killed him.

To be clear, there is no evidence that Ailes died from not being liked. Quite the contrary: he died of complications from a subdural hematoma, a blood clot that developed after he fell and hit his head on May 10, according to the New York Times.

But O'Reilly's claim that "hatred" caused Ailes' death raises an interesting point. O'Reilly has built a career ridiculing so-called "snowflakes," his shorthand for overly sensitive whiners. He even dedicated much of his latest book — Old School — to expounding on the topic.

"If you know anybody who's a whiner, or you're a whiner, you're a snowflake," O'Reilly said on Outnumbered in March.

In O'Reilly's estimation, someone who is "old school" takes action to solve their problems. This is the opposite of a "snowflake," who lets their emotional sensitivity get the better of them and complains about how unfair everything is.

O'Reilly admits that displaying "snowflake"-like tendencies himself — complaining, as he often does, about political correctness — inspired him to write the book in the first place. To his credit, it's a degree of self-awareness that seems to have eluded other men like him. President Donald Trump fueled his candidacy by ridiculing oversensitivity but cannot stop complaining about how unfair everyone is to him.

It would be tragic, indeed, if Ailes died due to the emotional fallout from his public image. And we'd be remiss to ignore the debilitating effect depression can have on the psyche. But that did not happen here. Ailes died because he hit his head. By chance, this coincided with his facing consequences for his horrid treatment of women.

That O'Reilly claims otherwise is not only dishonest, it shows how inconsistent his thoughts on emotional sensitivity really are. If Ailes couldn't handle being disliked, that would make him the ultimate "snowflake," by O'Reilly's own skewed standards. And by trying to memorialize his friend and former boss, O'Reilly may have ended up insulting him.