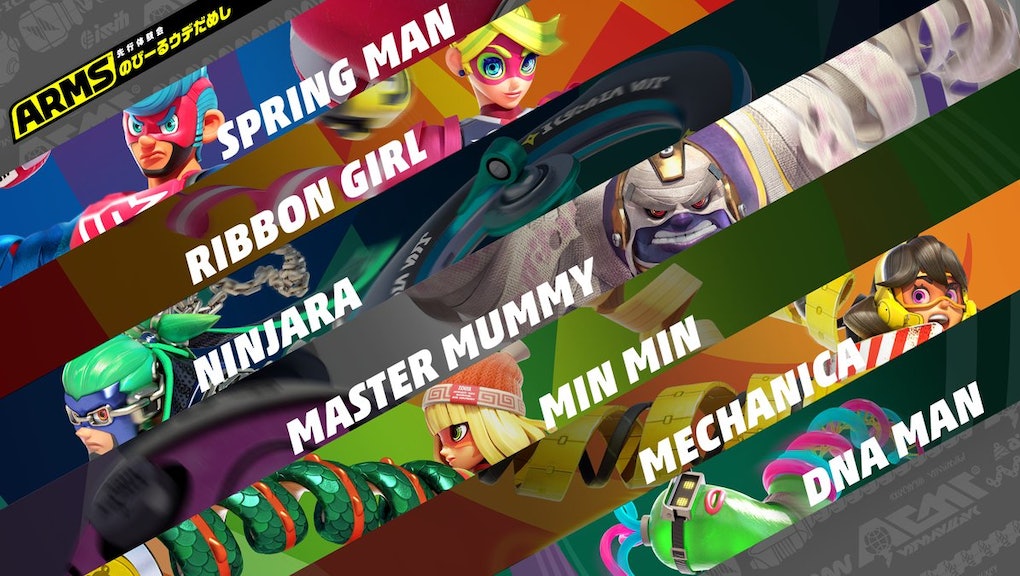 'Arms' Global Testpunch Demo Characters Revealed: Who you can play as during the event

The Arms Global Testpunch beta on Nintendo Switch will be many gamers' only chance to play the game ahead of release date. Unfortunately, not every Arms character will be available to use during the demo period. If you're wondering which exactly Arms characters you'll be able to use, the answers have finally been revealed. And no, Twintelle is not one of them.

None of the new characters introduced during Nintendo's May 17 Direct announcement will be usable during the worldwide beta. Fans of the game will have to wait for full release before being able to use newer Arms characters like Kid Cobra, Byte & Barq and Twintelle.

What dates will the Arms Global Testpunch take place?

Arms Global Testpunch will occur during six different days in May and June. The dates are as follows:

Arms global beta kicks off on May 26 at 8 p.m. Eastern, according to the eShop.