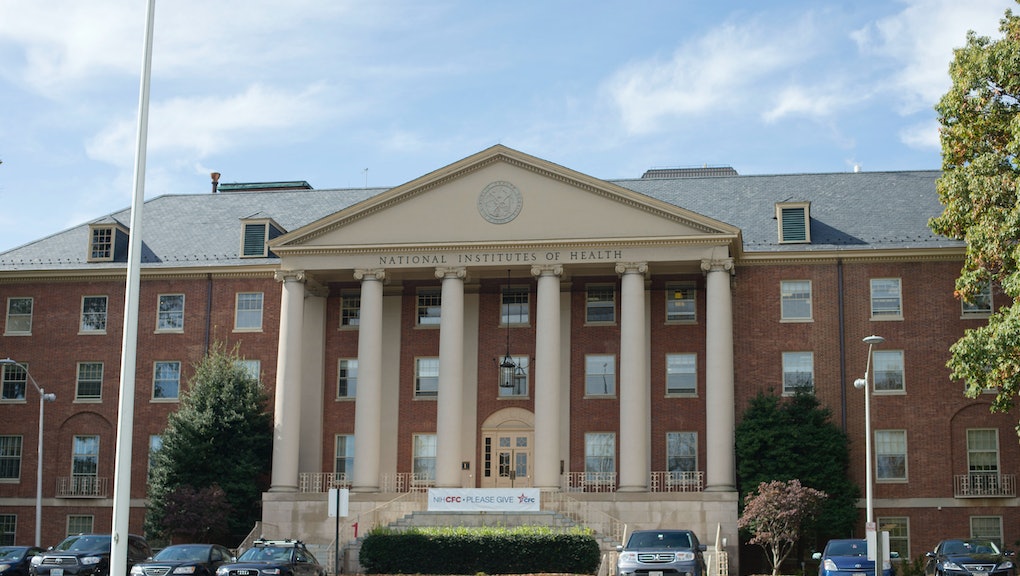 Republicans and Democrats have finally found something they agree on: President Donald Trump's proposed $5.8 billion funding cut to the National Institutes of Health is a terrible idea.

During a House budget hearing Wednesday, representatives from both sides of the aisle spoke in support of the NIH — and expressed "disappointment" in the dramatic cuts Trump floated in his "skinny budget" back in March.

"I'm concerned that the reductions in the request would stall progress that our recent investments were intended to achieve and potentially discouraging promising scientists from entering or remaining in biomedical research," Rep. Tom Cole (R-Okla.), who chairs the House Appropriations subcommittee in charge of the NIH budget, said.

"Everyone on this committee recognizes the importance of restoring purchasing power to the NIH," DeLauro said.

Though Congress increased NIH funding in their 2017 budget agreement this spring, Trump's pitched cuts — part of a proposed $15.1 billion budget slash to the Department of Health and Human Services — still loomed over the talks for the 2018 fiscal year budget.

In a letter to HHS Secretary Tom Price, the leaders of the Infectious Diseases Society of America and the HIV Medicine Association condemned the proposed cuts and emphasized the importance of the Fogarty International Center, which would be eliminated under Trump's budget.

"We are gravely concerned that the Administration is proposing to cut NIH funding to $25.9 billion for Fiscal Year 2018, including the proposed elimination of the Fogarty International Center," according to the letter, which was signed by leaders of 28 research organizations and scientific societies. "Although Fogarty's financial footprint is small relative to other NIH Institutes and Centers, its impact has been large and its elimination would be costly to our scientific sector and to our nation's public health."

Dr. William Powderly, president of the IDSA, told Mic in an interview before the House discussion Wednesday that the Fogarty Center has been a vital part of the NIH — and is important to the United States' "soft diplomacy."

Though Powderly said he was heartened by the $2 billion budget increase, it was important to be proactive in the face of the proposed cuts.

Dr. Wendy Armstrong, chair of the HIVMA, said in an interview that the Fogarty Center has a "significant impact" on research and discovery — and its elimination would not only have negative consequences for global health, but also for people in the U.S.

"Infectious diseases have no barriers or walls or country boundaries," Armstrong said. "What happens globally impacts what happens locally."

Armstrong said that while she was "unbelievably encouraged" by the 2017 funding agreement, the programs targeted by Trump's proposed cuts "aren't well understood" — and even if the cuts don't go through, the uncertainty they sow still impacts the work the NIH does.

Armstrong and Powderly each said that the threats of funding cuts have been a deterrent for the next generation of potential health investigators considering entering the field — and the community is concerned about what that means for the future of its workforce.

"I can't even begin to tell you how many young people are swayed away from it because of uncertainties about whether they can make it a successful career," Armstrong said. "So this kind of discussion is very harmful in a situation that's already been incredibly difficult."

"I think we need to do our work to show how important this is to the American people as a whole and ensure that support grows," Armstrong continued.

Trump will release his 2018 budget request by Tuesday, Science reported. But Congress indicated Wednesday that it will not likely go along with any NIH cuts the White House proposes.