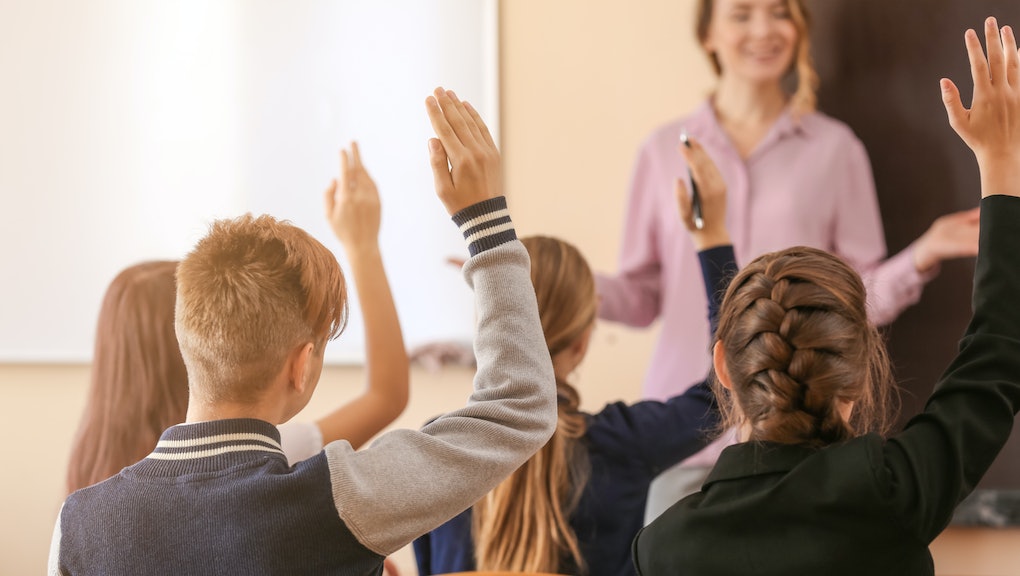 Warm weather is upon us — which means so is sexist dress code season.

But one mother is not here for critiques of her 13-year-old's outfits. After Catherine Pearlman's daughter Casey was sent home with a letter stating she'd been dressed "inappropriately" for school two days in a row, Pearlmen penned a letter to the school's principal with a simple challenge: Take Casey shopping and try to find her clothes that not only adhere to the dress code, but that she likes.

"Thank you for sending a note home for the second day in a row to say my daughter was dressed inappropriately for school," Pearlman wrote in the letter, published in Today. "I'd like to offer an additional thank you for forcing her to change into large mesh shorts that have been worn by only God knows who and potentially never washed.

"To reward you for treating my daughter with such concern, I am cordially inviting you to take my daughter shopping," Pearlman continued.

According to Pearlman, accommodating her daughter's specific needs isn't an easy feat.

Casey's tall frame and long limbs makes it hard enough to find clothes for her as it is, Pearlman said — and that's without accounting for her daughter's picky taste. Casey doesn't care for dresses, pants or anything with a logo on it, making it particularly difficult to dress her. Pearlman guessed the principal would likely find themselves in a pretty impossible situation.

But at the heart of the issue, Pearlman said, is the blatant sexism underlying the school's dress code.

"I forgot to thank you for making it clear to my daughter that her body is somehow a distraction, either to herself or to the boys," Pearlman wrote. "I thought she might have missed the message earlier in the year when the gym teacher told her she couldn't wear yoga pants because the boys aren't able to control themselves.

"I appreciate how hard you are working to drive the point home."