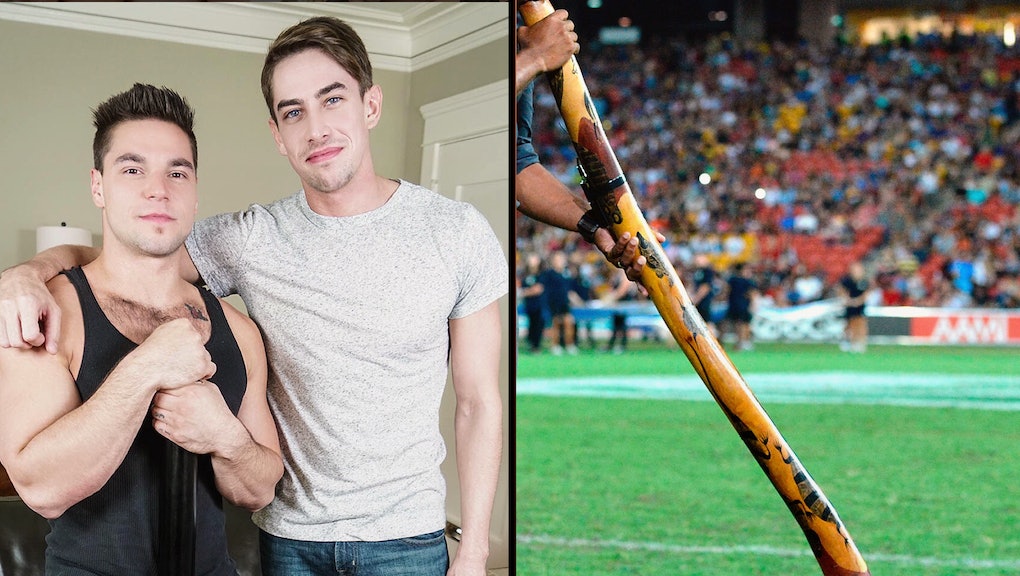 This is definitely a didgeri-don't.

Native Australians are decrying the use of a didgeridoo, a sacred instrument to indigenous Australians, in a Men.com gay pornographic film called "Didgeridoo Me," the Star Observer reports.

As seen in the extremely NSFW trailer, when one of the actors, Jack Hunter, plays the didgeridoo, his scene partner, Aspen, can't get any sleep. Aspen then decides to use the didgeridoo as a sex toy on Hunter.

Several Australians took to Twitter to show their disapproval for the Men.com video.

According to the Observer, people on Tumblr did not take too kindly to the video, as well.

Another person said, "So no one is going to mention the fact that this is incredibly racist and culturally offensive? Don’t laugh, get angry."

The Observer did not link to the Tumblr posts.

This week, an American restaurant came under scrutiny on Twitter for using a didgeridoo as a device to deliver shots of alcohol.

"The didgeridoo is a spiritual instrument our people have been using for thousands of years to tell stories about the dreamtime, not a shot glass," indigenous Australian Nathan Appo wrote on Twitter.