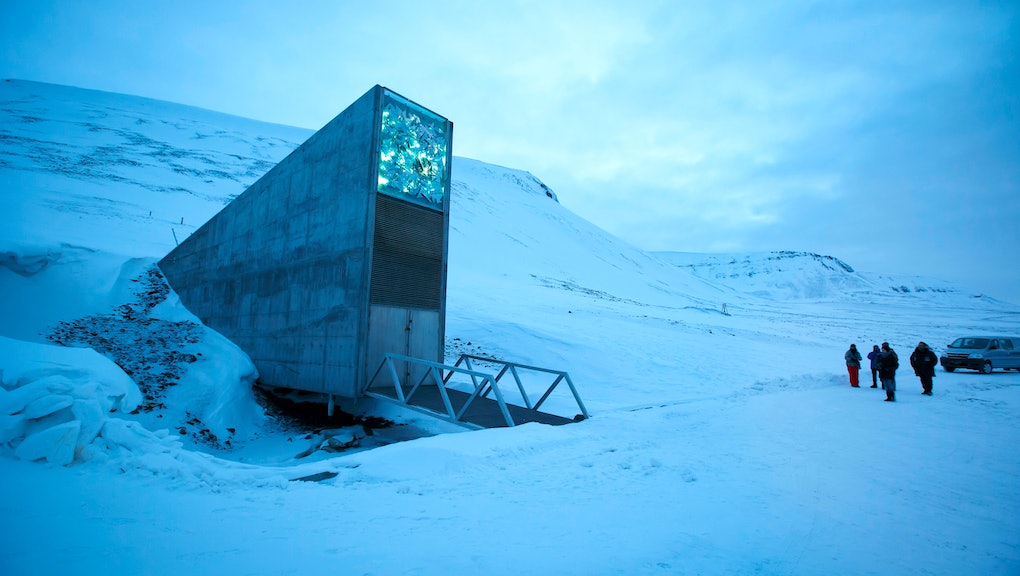 The Arctic's Svalbard Global Seed Vault, a remote repository of nearly a million types of seed designed to withstand an apocalyptic catastrophe, may have met its match in climate change.

The facility, which is dug deep into Arctic permafrost, ran into unforeseen problems when record-high temperatures in the region caused said permafrost to melt, the Guardian reported. Water leaked into the facility's 100-meter-long entrance tunnel and subsequently froze, forcing Norwegian government personnel to hack out the ice — though no harm came to the seeds, which are intended to preserve the planet's biodiversity through human mismanagement or crises.

The seed vault is built into an abandoned coal mine hundreds of feet above sea level, and is designed to store seeds at a minimum of -18 degrees Celsius. According to the Guardian, temperatures on the facility's Spitsbergen island were more than 7 degrees Celsius warmer than normal at the end of 2016, causing project managers to worry whether the vault can withstand a repeat.

"... It was like a glacier when you went in," Norwegian government spokeswoman Hege Njaa Aschim told the paper.

"It was supposed to [operate] without the help of humans, but now we are watching the seed vault 24 hours a day," she added.

"The Arctic and especially Svalbard warms up faster than the rest of the world," Ketil Isaksen of Norway's Meteorological Institute told Dagbladet, per the Guardian. "The climate is changing dramatically and we are all amazed at how quickly it is going."

According to the BBC, project managers have decided on new measures including draining ditches, waterproof walls and a new research project to monitor permafrost in the region.